Interruption of the supply of oxygen-rich blood is the key step to the development of osteonecrosis, as this causes ischemia of the bone, though the interruption may be subtle. For example, sickled red blood cells may clog flow in small spaces without any frank arterial occlusion.

This ischemia can lead to the development of arthritis. Here’s why:

Osteonecrosis can be caused by trauma, excess use of alcohol, and some medications, such as steroids. Disorders commonly associated with osteonecrosis include hemoglobinopathies (interfering with blood flow), systemic lupus erythematosus, Gaucher disease, and antiphospholipid antibody syndrome.

Many cases of osteonecrosis are also idiopathic: a fancy saying of “we don’t know what caused it.” Osteonecrosis typically affects the hip and shoulder but can also affect the knee (femoral condyle), ankle (talus), or wrist (scaphoid).

Patients suffering from osteonecrosis will often present with a complaint of pain that is exacerbated by activity or even present during rest and at night. Imaging is required to make the diagnosis of osteonecrosis. X-rays can often show characteristic changes in bone structure, but MRI (Figure 1) is most specific. 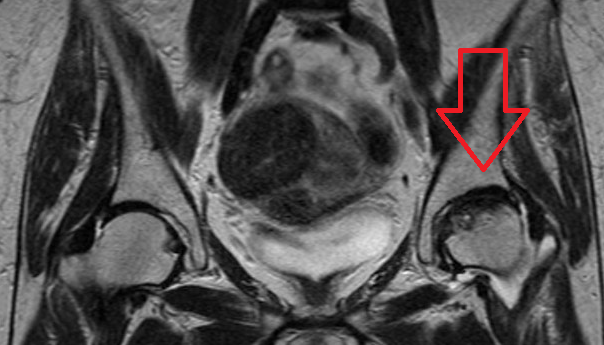 Contribution of osteonecrosis to end-stage arthrosis

The biological steps implicated in osteonecrosis follow a logical series of events that ultimately leads to compromised bone and are listed below: 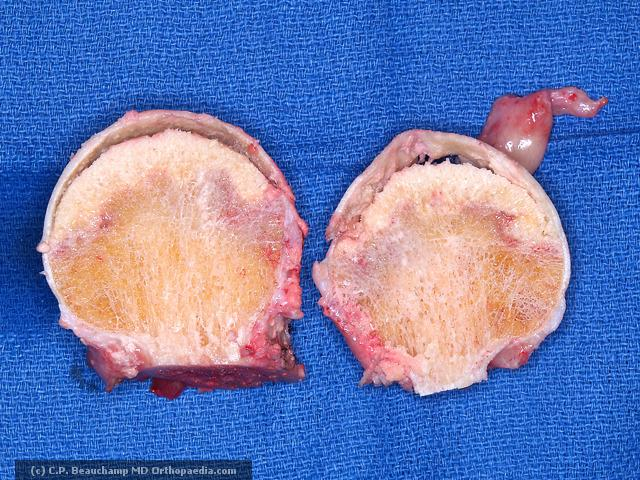 Figure 2: Evidence of collapse of subchondral bone on the right. (Courtesy https://www.orthopaedicsone.com/x/KwJCB)

Note that the blood supply to bone primarily serves to maintain the tissue. With this in mind, histologic examination of bone that lost its blood supply just hours ago will often not reveal acute histological changes, whereas dead muscle would show such changes. This is clinically significant: the symptoms from bone breakdown can appear far after the insulting event.

(You may have noticed that the introduction to this answer and the recapitulation are awfully similar. Indeed they are: this is an important cascade to master!)