Short answer: The risk of hip fracture is higher after menopause and among patients with lower body mass indices.

The risk of hip fracture markedly increases after menopause. After menopause there is decreased production of estrogen, which is a potent mediator of both osteoclast and osteoblast activity. Lower estrogen levels imply less bone remodeling, hence weaker bones and more fractures.

As you might recall, damaged, worn out bone is replaced by newer, healthier bone in a process called bone remodeling. In this process, osteoclasts remove damaged bone and osteoblasts synthesize new bone (CROSS REF). Without appropriate levels of estrogen, bone remodeling is disrupted. The net loss of bone mass is about 2% per year following menopause (see Figure 1). With a reduction in bone mass comes an increase in fracture risk (see Figure 2).

Figure 1: The relationship between total bone mass (indirectly measured as total body calcium, in grams) shown for males and females. A sharp reduction in peak bone mass is seen after menopause (Image modified from wikimedia: https://commons.wikimedia.org/wiki/File:615_Age_and_Bone_Mass.jpg) 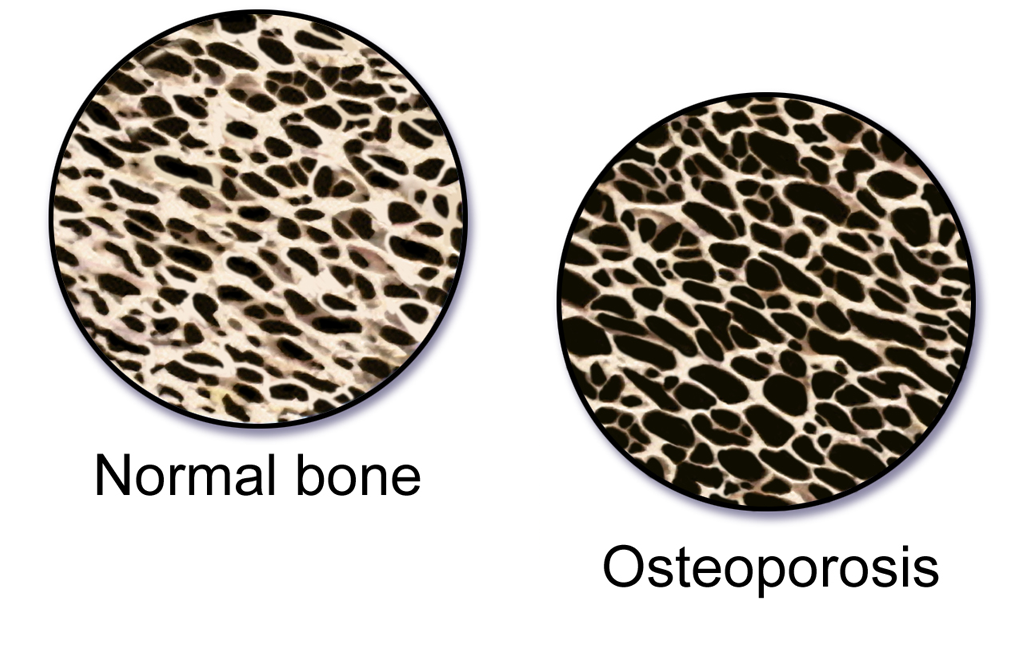 Figure 2: As shown, bone mass is reduced in osteoporosis. Not to bury an important concept in a figure legend, (though attentive readers should be rewarded) but a key point is shown here: that the individual spicules of bone in osteoporosis are normal; there is just fewer of them (Image modified from https://en.wikipedia.org/wiki/Osteoporosis#/media/File:Osteoporosis_Locations.png)

The risk of hip fracture also increases as body mass decreases, especially when BMI is less than 20 kg/m2.

There are likely two theories explaining why fracture rates are higher with low body mass:

Theory 1. Body mass and estrogen: One of the most significant (but hardly sole) determinants of fracture risk is bone mineral density. Bone mineral density in turn is highly correlated with high body mass and a decrease in body weight leads to bone loss. This is thought to be based on the observation that more body fat leads to higher levels of estrogen. Whether this is a direct effect (the conversion of fat into estrogen) or an indirect one (note that fat contains aromatase, an enzyme which converts androgens to estrogens) is a question beyond the scope of this question (i.e., beyond the limit of this question writer’s knowledge). The bottom line is low levels of body fat lead to low levels of estrogen, and, as noted in the question above, estrogen is necessary for proper bone remodeling.

It might also be the case that a higher body mass leads to a stronger skeleton by stimulating the production of bone via Wolff’s Law (forces on bone stimulate growth). Alternatively, some confounding factor that leads to loss of healthy body mass [sarcopenia] might also cause wasting of the bone.

Theory 2. Body mass and energy absorption: Additionally, peripheral fat provides padding such that when someone falls the fat absorbs some of the force of that fall (Figure 3). In individuals with lower body mass, there is typically less peripheral fat to absorb the energy from a fall, and thus that energy is transmitted to bone and other structures. As a result, the fracture risk is increased.

Figure 3: Left: The typical fat distribution around the pelvis, shown in natural yellow, can protect the hip from forces that might otherwise break it. The thickness of this padding is illustrated with the red arrow. Right: The thickness of this padding may be better appreciated by this enlarged images of the femoral head and the red arrow (proportions retained, of course).

It has been suggested that for this reason, fracture risk might be mitigated with padded garnets that are worn by people at risk (Figure 4). This is controversial (see below). The Cochrane review on this issue https://www.cochrane.org/CD001255/MUSKINJ_hip-protectors-for-preventing-hip-fractures-in-older-people found that for older people living in nursing care facilities, providing a hip protector probably decreases the chance of a hip fracture slightly, whereas for those living at home, providing a hip protector probably has little or no effect on hip fractures. 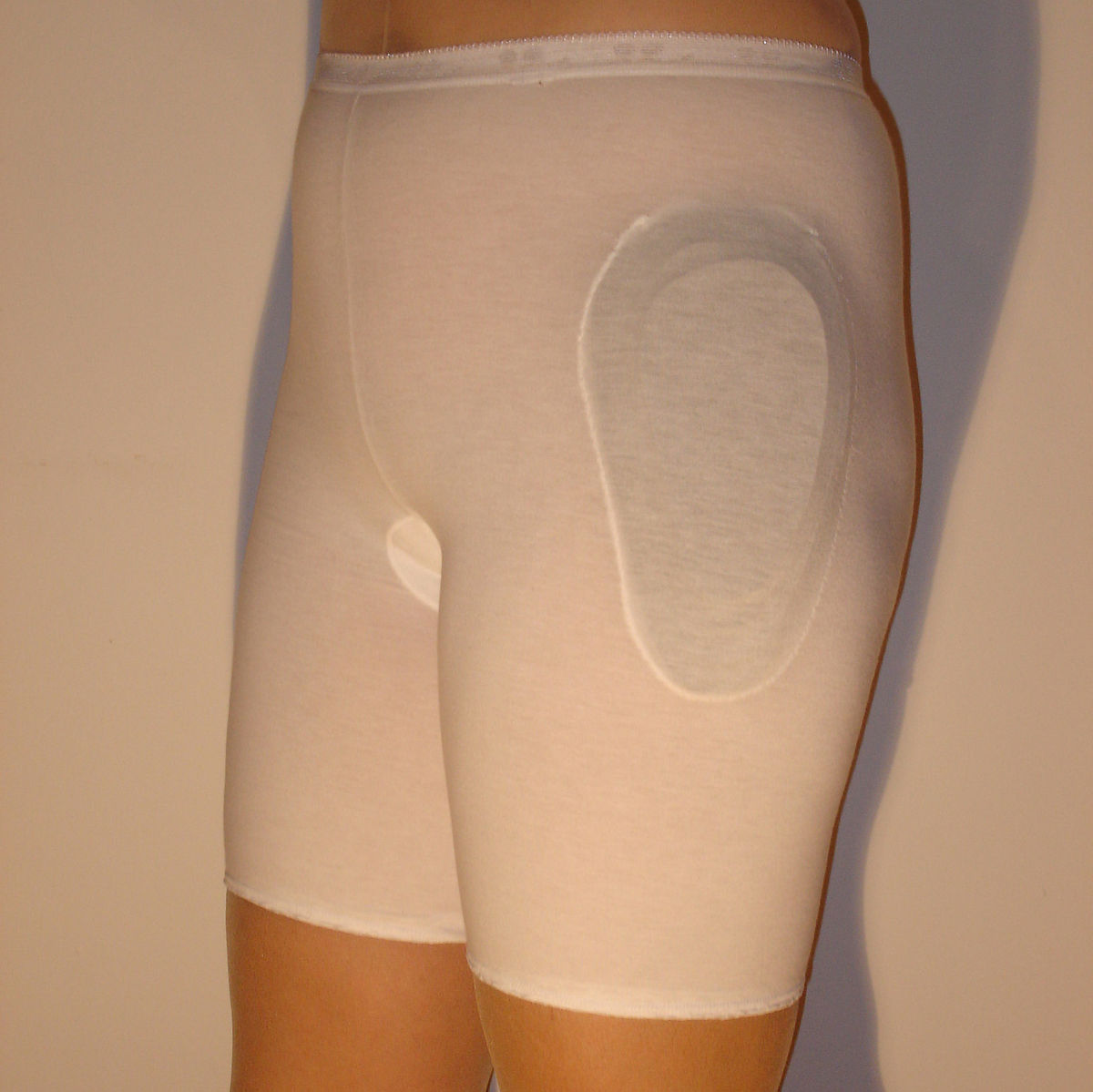 Recap: people with lower body mass indices tend to have more hip fractures. This is due to lower bone mass (likely due to an effect of estrogen, but perhaps other elements as well) and poor local energy absorption. Both factors make a given fall more likely to lead to fracture.