The phrase “just a sprain” may understate the impairment such an injury imparts. Why might a grade I ankle sprain cause impairment?

Given how often we hear the phrase “just a sprain,” one might assume that sprains are always and necessarily minor injuries. This is not true. For one thing, the category of “sprain” includes Grade III sprains, which represent a complete failure (rupture) of the ligament***.

A brief review of information related to ankle sprains: 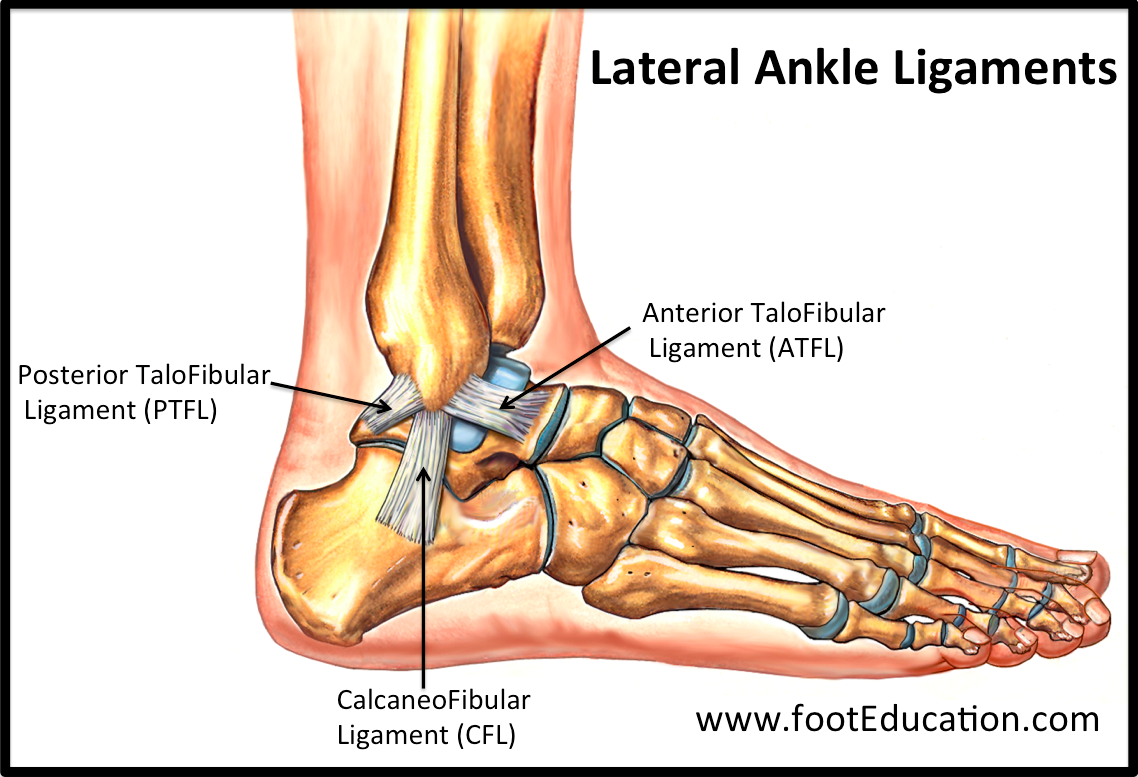 When a person sustains an inversion sprain, there are actually two abnormal forces: tension on the calcaneofibular Ligament (CFL) and compression on the tibiotalar joint (Figure 2). 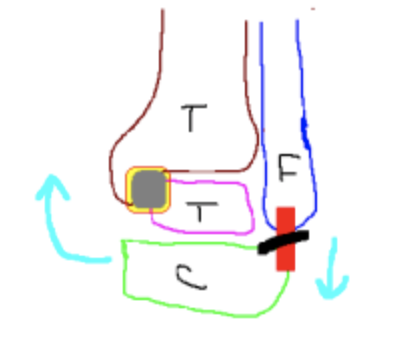 Figure 2: Blue arrows depicting direction of forces experienced during ankle inversion injury. Note both tension on the calcaneofibular ligament CFL (shown in red) and compression of the talus (pink) by the tibia (brown). Areas of injury are shown by the black line in the CFL and the gray/yellow box in the medial side of the tibio-talar joint.

In a Grade 1 sprain specifically, there is only a stretch of the ligament without macroscopic tearing. However, even without tearing, the proprioceptive mechanosensory neurons within the ligament can be damaged.

Proprioception, namely, the awareness of the position and movement of the body, is what allows people to place their index finger on their nose even with one’s eyes closed. It is also the process by which people “know” where their feet are, without staring at them.


If the proprioceptive nerves are damaged, a patient will have a sense of unsteadiness on the ankle even though the joint is intact. This is an impairment to mobility. Also, in a “minor” sprain, the articular surface of the ankle may be impacted. This impaction can cause chondral injury, predisposing the patient to post-traumatic arthritis of the tibiotalar joint.

Additionally, even if there is no lasting damage, the swelling from a “minor” sprain can cause pain and restrict range of motion. Thus, if a person twists an ankle, expeditious treatment aimed at limiting swelling and regaining motion is essential, even if the injury is “just a sprain.”

RECAP: Grade 1 ankle sprains may be less benign than they seem, leading to pain, loss of motion, functional instability and even post-traumatic arthritis. While these outcomes are unlikely to be enduring, and certainly less likely than in the setting of more severe sprains, they are possible and must be considered.

Subtalar (talocalcaneal) joint instability can also produce a sense of ankle unsteadiness in the setting of normal ankle ligaments.

It is important to recall that many other injuries can be mistaken for an ankle sprain. These include but are not limited to avulsion fractures of the navicular, calcaneus and talus; posterior tibial and peroneal tendon injuries; osteochondral injury of the talar dome; and sprains within the foot. Thus, when there are no obvious ankle ligament injuries on MRI or clinical exam symptoms and yet there are inordinately severe symptoms, one of these other diagnoses may be present but not appreciated. (This point applies as well when a patient fails to recover from an ankle sprain as expected.)

*** You may recall that ligaments and bone are viscoelastic (i.e., their mechanical properties are sensitive to the speed of the load) and thus a very fast and severe inversion mechanism of injury at the ankle can cause a Grade III sprain, whereas one of similar force but slower speed might cause a transverse fracture of the fibula. (See Figure 3) The phrase “just a sprain” suggests that a Grade III sprain is the more benign injury. Why might a fracture be “preferable”? (That is, given that some injury or the other must take place, in what way is a Grade III sprain worse than the fracture?)