Why is arthroscopic irrigation and debridement of arthritis ineffective?

(And more to the point, what is known about the histology of articular cartilage that could have anticipated this discovery of ineffectiveness?)

Arthroscopic irrigation and debridement is a proposed treatment for mitigating the symptoms of osteoarthritis, especially in the knee. Irrigation, also known as “lavage,” is essentially rinsing out the knee with fluid. Debridement refers to surgically removing damaged tissue.

In arthritis, the joint surface is rough and irregular, and smoothing it out should make it better. In theory, it should decrease friction, limit mechanical symptoms such as catching/locking, and overall dampen the inflammation that particulate debris may cause.

The discovery that arthroscopic irrigation and debridement of arthritis is ineffective made it to the front page of the New York Times on July 11, 2002 (see Figure 1). This article described a randomized trial reported in the New England Journal of Medicine, titled “A Controlled Trial of Arthroscopic Surgery for Osteoarthritis of the Knee” by J. Bruce Moseley et al. (N Engl J Med . 2002 Jul 11;347(2):81-8. doi: 10.1056/NEJMoa013259.)

Investigators found “the outcomes after arthroscopic lavage or arthroscopic débridement were no better than those after a placebo procedure.”

Interestingly, though, the study found that both real and sham surgery could provide subjective, symptomatic relief, though neither provided objective benefit.

When considering the histology of articular cartilage, the results of the Moseley study may make more sense. Specifically, articular cartilage is organized, such that the superficial layer is qualitatively different from the deeper layers (Figure 2).

The superficial (tangential) zone has the highest concentration of collagen and its collagen is oriented parallel to the joint. This facilitates gliding and also protects the deeper layers. The intermediate zone has collagen fibers with an oblique or random organization; and in the deep (or basal) layer, the collagen is perpendicular to the joint. This orientation acts like a spring and allows the cartilage to accept compressive loads. 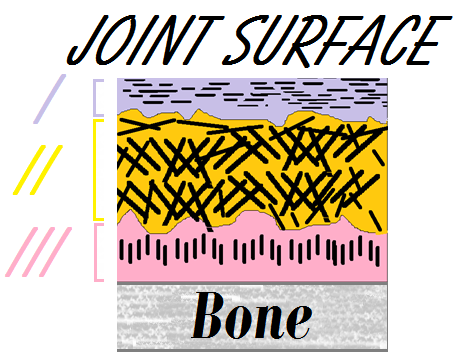 Figure 2: Here is a highly simplified representation of articular cartilage. The superficial/tangential zone is shown in purple; the collagen (black lines) are parallel to the joint. The intermediate zone is in yellow and its collagen fibers are more haphazardly arranged. The deep/basal layer, just above the subchondral bone and shown in pink, has collagen fibers that are aligned perpendicular to the joint.

Because articular cartilage is organized, the loss of cartilage at the surface (as seen in arthritis) is not just a quantitative loss, it is qualitative: the remaining cartilage is deficient. The loss of the parallel fibers means that the cartilage is more susceptible to damage as the protective layer is absent (see Figure 3). 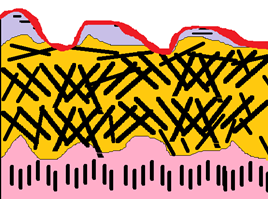 Figure 3: A modification of Figure 2, in which there is loss of cartilage from (primarily) the superficial (tangential) zone. 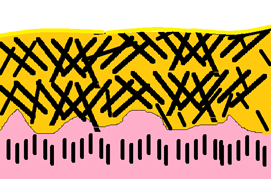 Figure 4: A modification of Figure 3, in which the surface has been made more smooth by debridement 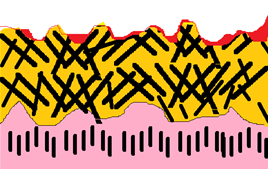 Figure 5: The inevitable recrudescence of arthritis. In this instance, “recrudescence” is particularly apt, as its origin is the Latin verb recrudescere, meaning "to become raw again." Making the joint “raw” again is exactly what is happening here.

The finding of ineffectiveness might have been assumed by radiologists as well. They are quite aware that arthritis is not simply a disease of the cartilage surface but also one affecting the bone. In that regard, arthroscopic irrigation and debridement does nothing to directly affect subchondral sclerosis, subchondral cysts or problems with alignment that also occur in arthritis.