Why is a patient with a hip dislocation at risk for developing arthritis? 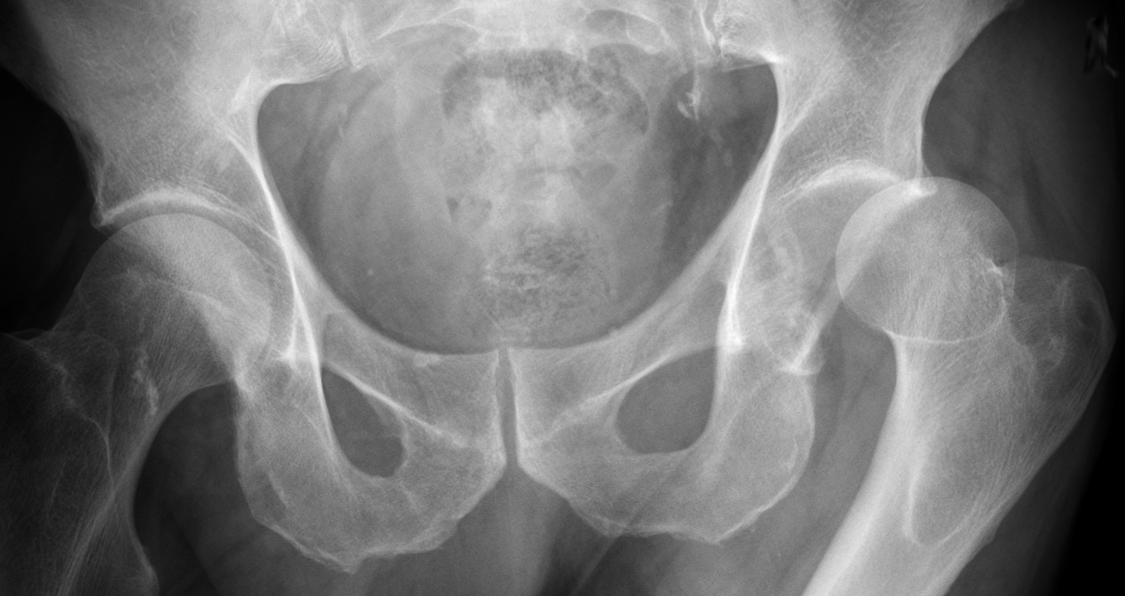 Figure 1: A dislocated hip is shown (modified from https://commons.wikimedia.org/wiki/File:Hueftluxation_links.png)

Recall that the blood supply to the femoral head is indirect: the vessels ascend the femoral neck to reach the head. (In adults there is no significant direct blood supply that reaches the head directly from the pelvis.) Therefore, hip dislocation, which can stretch and thereby damage these blood vessels, especially the medial circumflex femoral artery (see Figure 2), can lead to osteonecrosis. 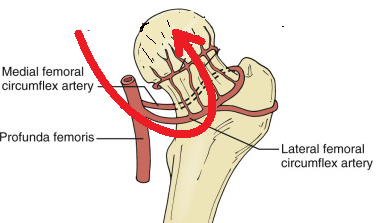 In the femoral head, the loss of compliance induced by osteonecrosis can lead to collapse of the region of bone just below the cartilage surface in the so-called subchondral bone (see Figure 3). This collapse produces an irregular joint surface that in time becomes clinically significant arthritis. 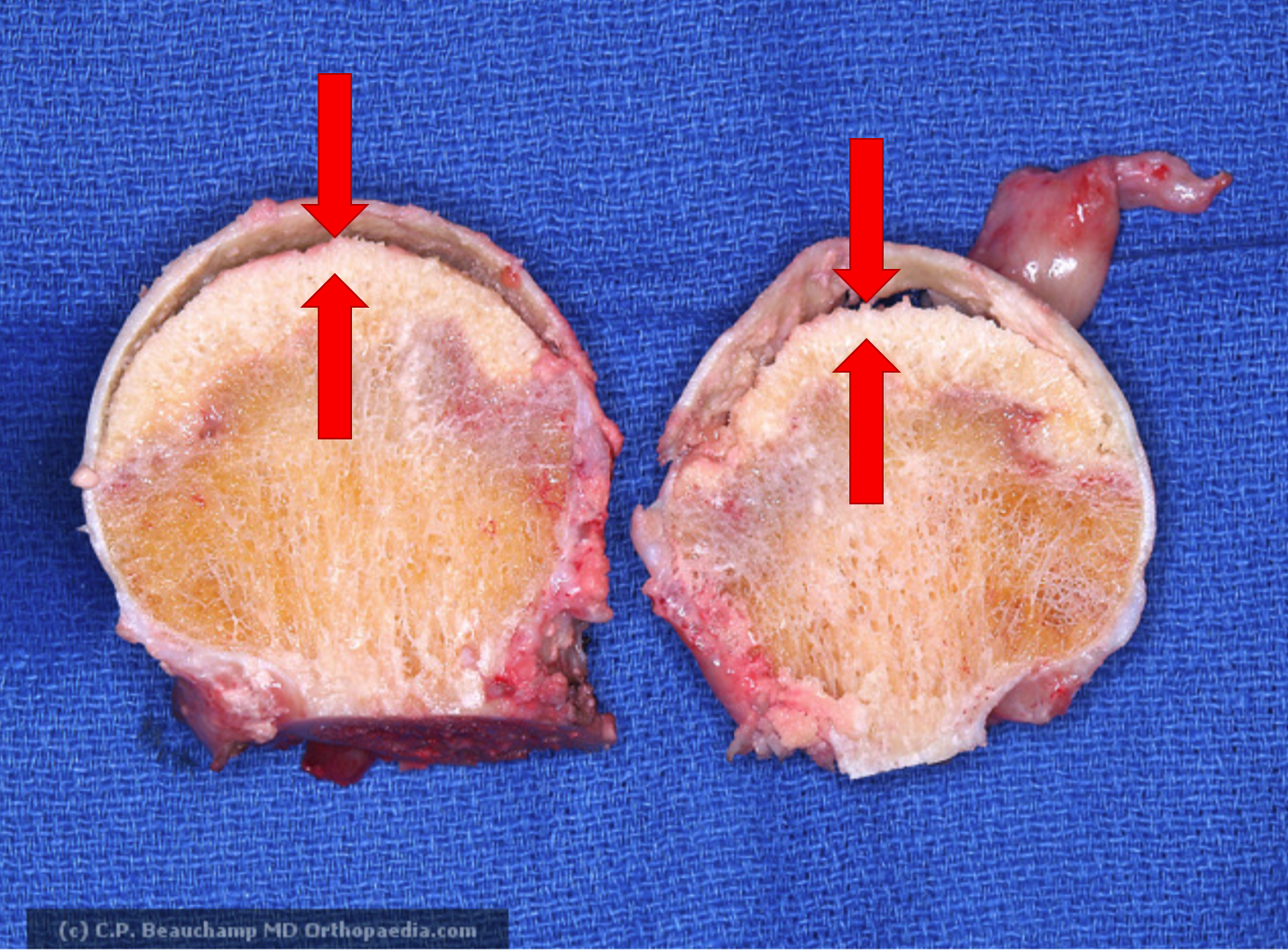 The second issue is that the articular surface can be damaged by the force of dislocation. The hip is well contained, such that the femoral head cannot escape without colliding with the pelvis. This impact can cause degradation of the cartilage matrix and chondrocyte death even in the absence of grossly apparent structural damage.

(Similar impaction injuries can be seen on the surface of the lateral femoral condyle after tears of the anterior cruciate ligament and on the talus after ankle sprains.)

Needless to say, if the dislocation is accompanied by a fracture there is an even greater (theoretical) risk of post-traumatic arthritis.

Because of the concern about fractures, it is often critical to obtain a CT scan to confidently rule out these injuries (Figure 4). 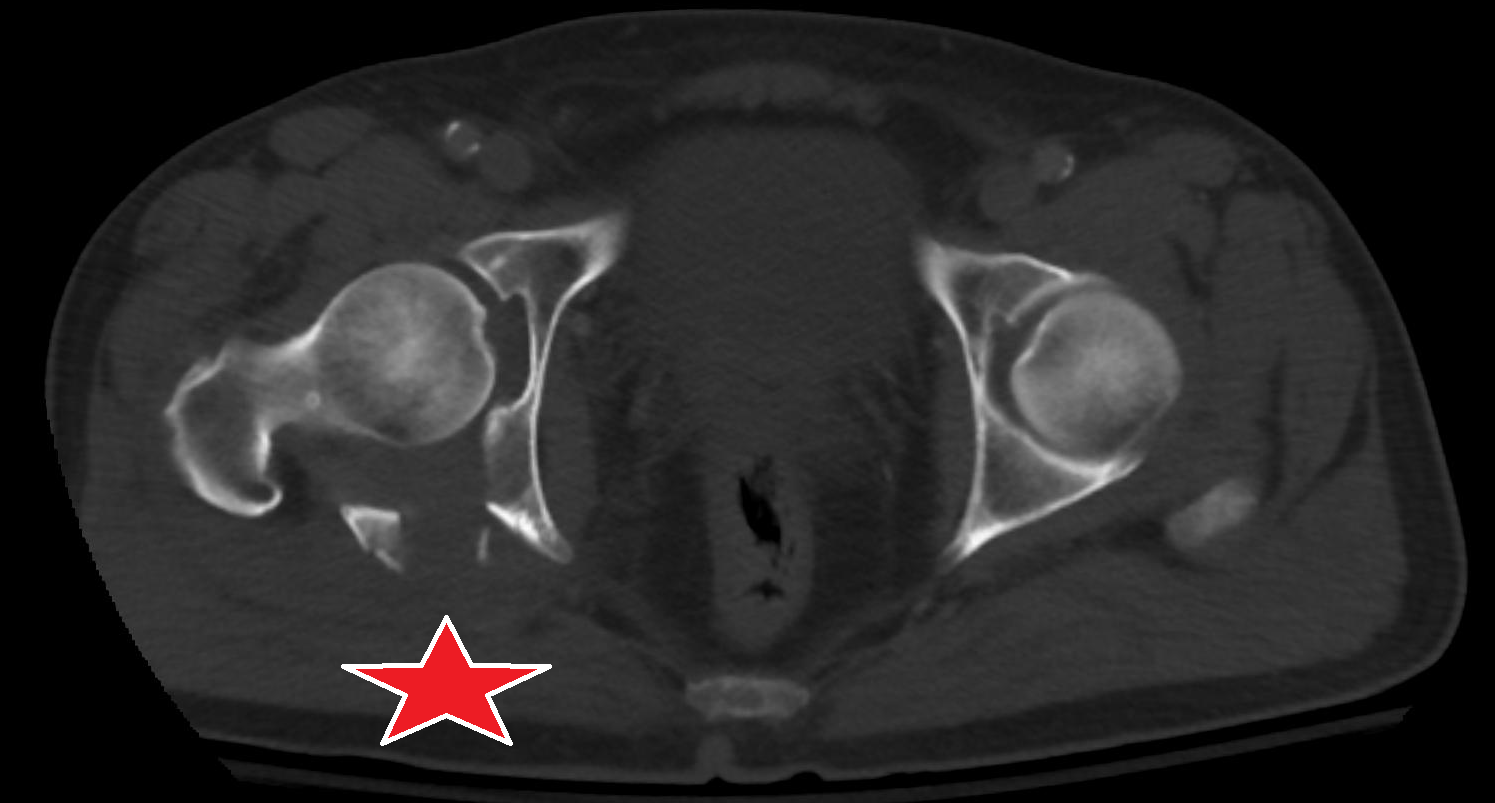