What is clubfoot and how is diagnosed and treated?

Clubfoot (Figure 1) is a congenital deformity that may involve one or both feet. Clubfoot is often idiopathic and seen as an isolated birth defect, but it can also be caused by an underlying congenital disorder in approximately 20% of cases. 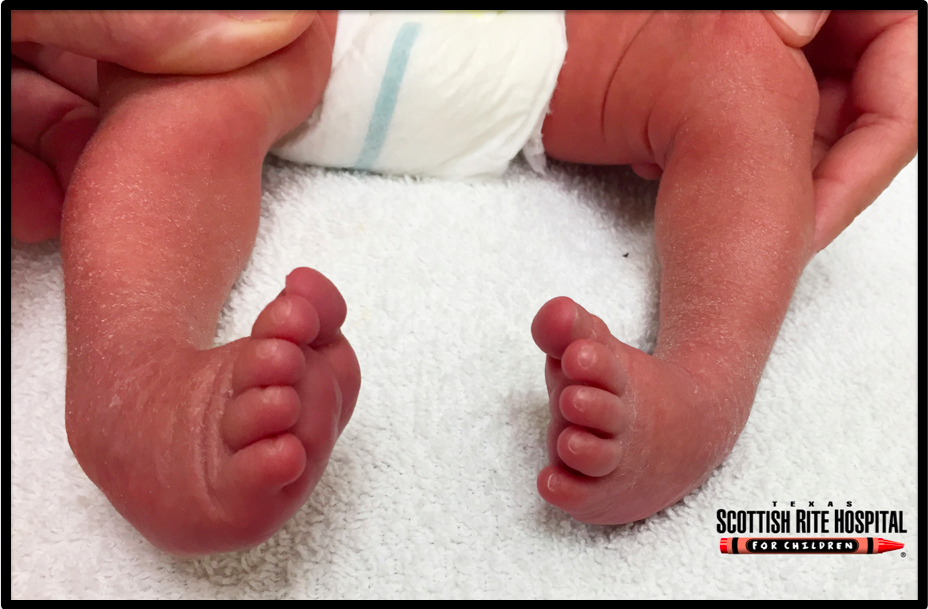 The affected foot is characteristically adducted, plantarflexed, and possesses an exaggerated arch. Depending on the severity, the foot may be more or less rigid. Half of all cases will involve both feet. In unilateral clubfoot, the involved foot, calf and leg will be smaller and shorter than the unaffected side.

Despite its dramatic deformities, clubfoot is not necessarily painful. However, if children begin to walk prior to successful correction of the deformity, they will bear weight on the dorsolateral aspect of the foot. This abnormal gait can cause focal loading on a small area and can be painful.

Clubfoot is detectable via prenatal ultrasound in the second trimester. Early detection is important because it can prompt discussion with parents about treatment options and early screening for underlying neuromuscular diseases.

X-rays are not particularly useful in clubfoot evaluation because the neonatal bones are immature and poorly ossified. Radiographs are more useful for measuring progress in clubfoot treatment and long-term follow-up.

The standard of care for uncomplicated clubfoot deformities is the Ponseti Method, which involves repeated manipulation and casting to guide the growth of the foot toward normal alignment. The child’s foot is manually stretched toward the correct position, and a cast is then applied to maintain the correction (Figure 2). This process is repeated weekly over the course of 4-6 weeks. At the end of the serial casting phase of treatment, most children will require a minor operation to lengthen the Achilles tendon and release the foot from residual plantar flexion. If the Ponseti Method of casting, bracing, and tenotomy is applied correctly, it will be successful in more than 95% of cases. 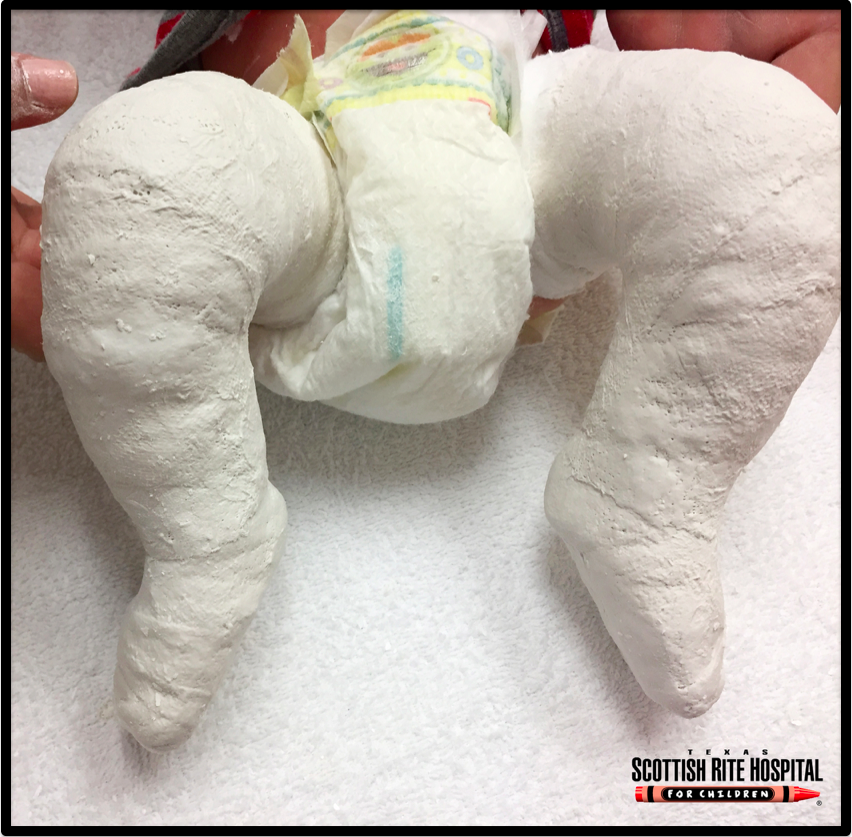 After casting, the child must wear a foot abduction brace (Figure 3) at night for four or five years to maintain the correction. Without bracing, the deformity will likely recur because the muscles of the foot will pull it back into an abnormal position. 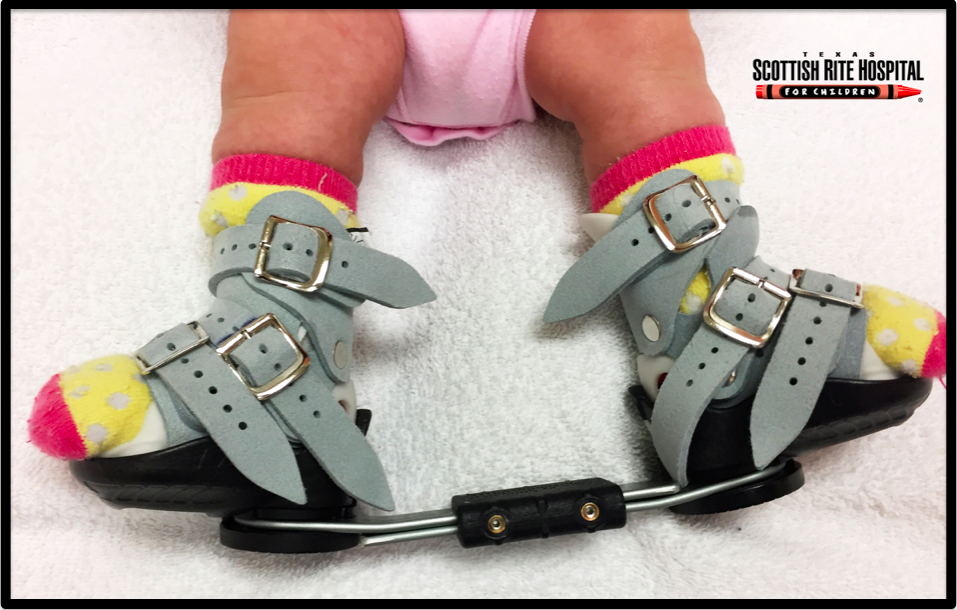 Although the Ponseti Method is highly effective in idiopathic clubfeet, some patients (especially those who present late or whose deformities are secondary to neuromuscular disease) will not respond to non-operative treatment and will require surgical intervention.

Surgery is normally performed at 9-12 months of age. The goal of surgery is to correct all the deformities in one operation. The surgical procedure varies from patient to patient but generally involves releasing all joint capsule contractures, lengthening any shortened muscle-tendon units, and realigning the bones of the foot.