Osteoporosis is a disease of imbalanced bone remodeling. “Bone remodeling” refers to the biologic processes of osteoclasts removing older, worn out pieces of bone, with osteoblasts synthesizing new bone to replace them. There are two phases of bone remodeling: resorption and ossification. In the bone resorption phase, osteoclasts break down the organic tissue in bones and release minerals into the bloodstream, especially calcium, but also magnesium and phosphate. Ossification is the process of laying down new organic matrix by osteoblasts (Figure 1). 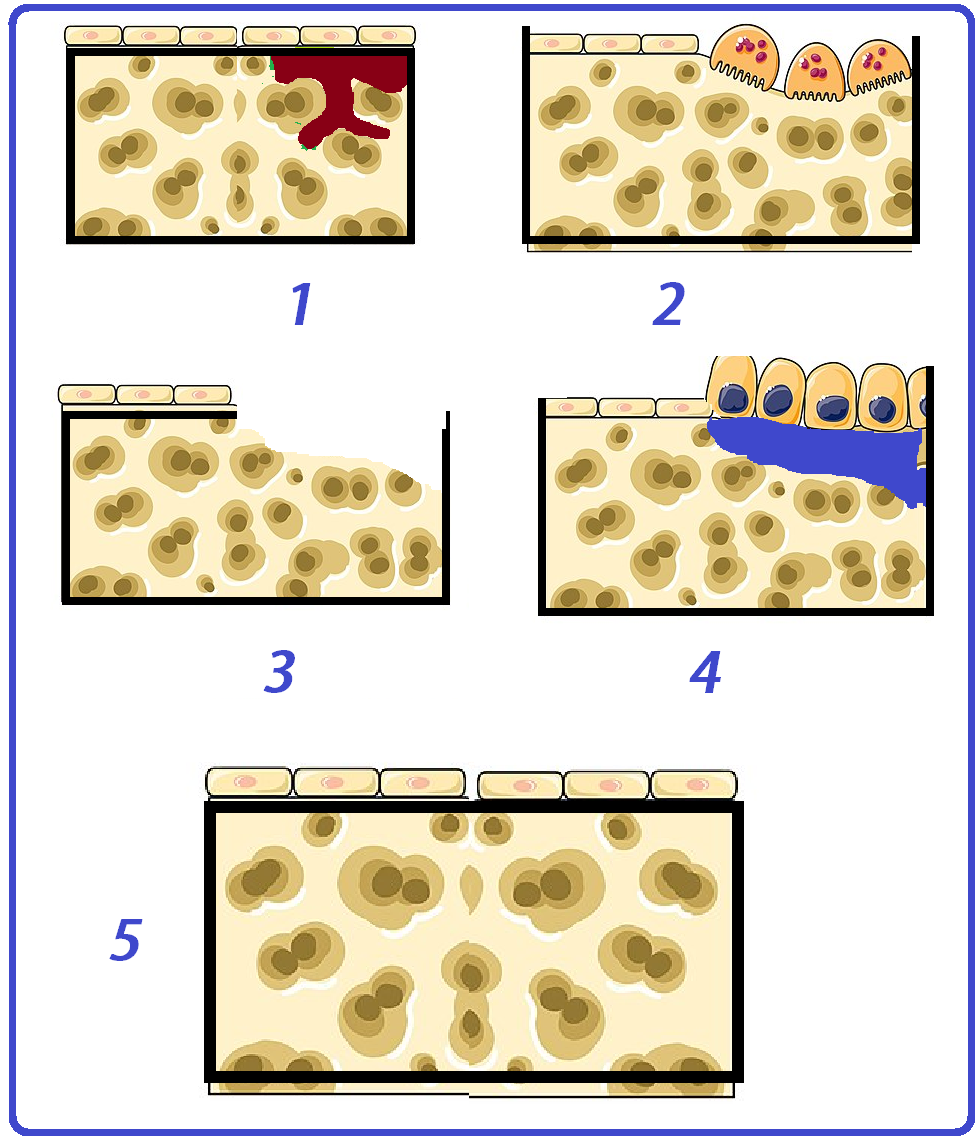 With age, osteoblasts become less active, the osteoclasts begin to outwork the osteoblasts and bone resorption occurs at a faster rate than bone formation and bone density is lost. Ultimately, there is increased bone fragility.

At the smallest microscopic level, the bone is apparently normal; there is just less of it (see Figure 2). Notably, very little bone has to be lost for the mechanical properties of the bone to be altered significantly. (Older readers may recall that small perforations in a checkbook or a book of stamps allow easy removal of the check or stamp, respectively – though the mass lost when making this perforation is very small, of course.)

Figure 2: A microscopy comparison of normal (left) and osteoporotic bone (right). (From Wikipedia)

Osteoporosis is considered a “silent” disease, in that a person can have it without symptoms and becomes aware of it only when there is a fracture. In the United States, the prototypical patient is a thin, Caucasian or Asian post-menopausal female, though osteoporosis occurs in patients of all ages, sexes, races and sizes.

The physical exam can be entirely normal in early osteoporosis. However, as the disease progresses there may be loss of vertical height and development of kyphosis in the thoracic spine (see Figure 3). More subtle loss of vertical height can be identified by asking the patient about their height and then measuring them (as most people do not mentally update their height as they age, and report their young-adult maximum). 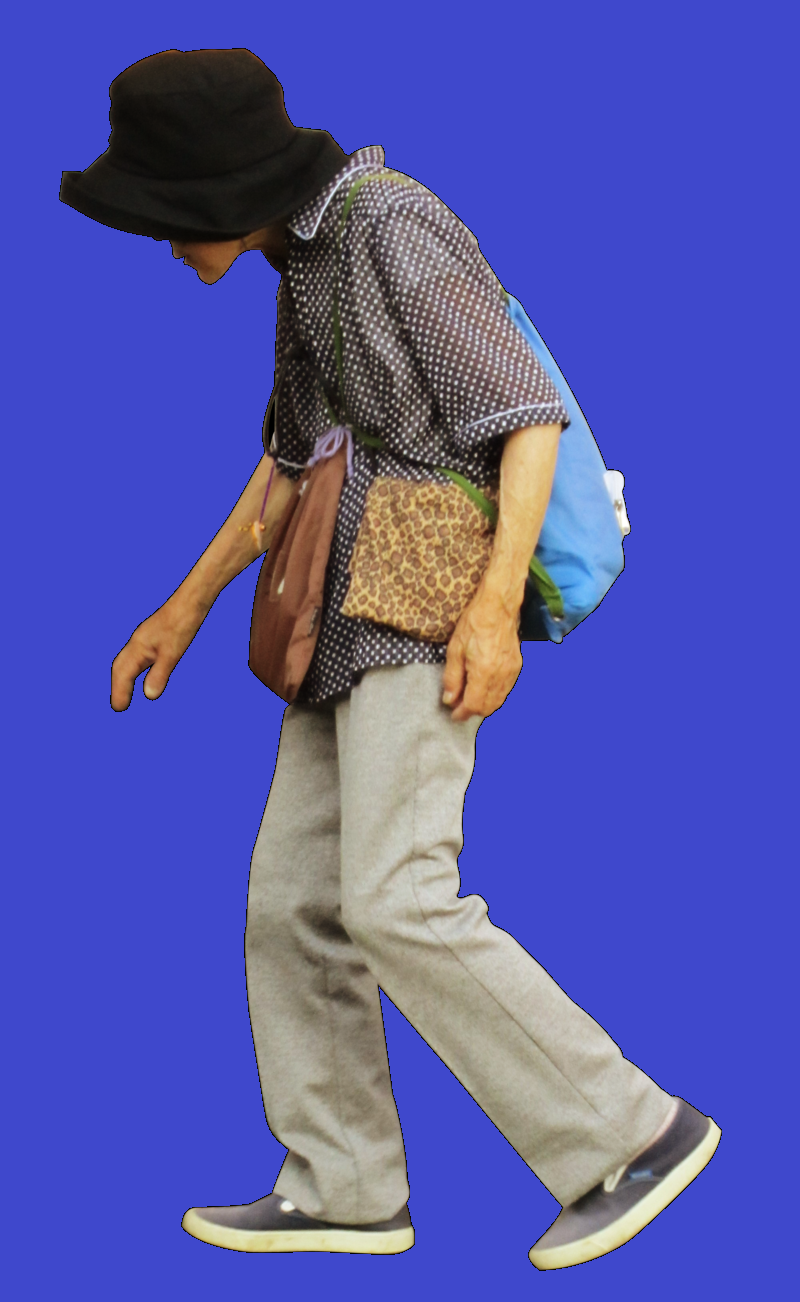 Figure 3: A photograph of a woman with osteoporosis showing a curved back from thoracic compression fractures. (Reproduced from https://en.wikipedia.org/wiki/Osteoporosis)

X-rays are very insensitive for measuring bone mineral density. By the time thoracic osteoporosis can be identified on a chest x-ray, for example, approximately 50% of total bone mass has already been lost. Late in the course, a lateral chest x-ray may show anterior collapse of the thoracic vertebrae, which causes the deforming shown in figure 2.

The U.S. Preventive Services Task Force recommends screening for women over age 65 and women of any age who have risk factors for developing osteoporosis.

Dual-energy X-ray absorptiometry (DEXA) of the hip (Figure 5) and lumbar spine is the test most frequently used to measure bone mineral density. The actual density is reported in grams/cubic centimeter, but a more useful description is a comparison to the peak bone mass achieved in young adulthood, reported as the T and Z score.

The T score describes how many standard deviations an individual’s bone density differs from the average peak bone density of a (sex and race-matched) young adult. A T score of -1.0 means the bone is one standard deviation less dense than the average young adult, for example. Osteoporosis is diagnosed when the lumbar T score is -2.5 or lower. Osteopenia is said to be present when the value is 1 to 2.5 standard of deviations below the reference mean. 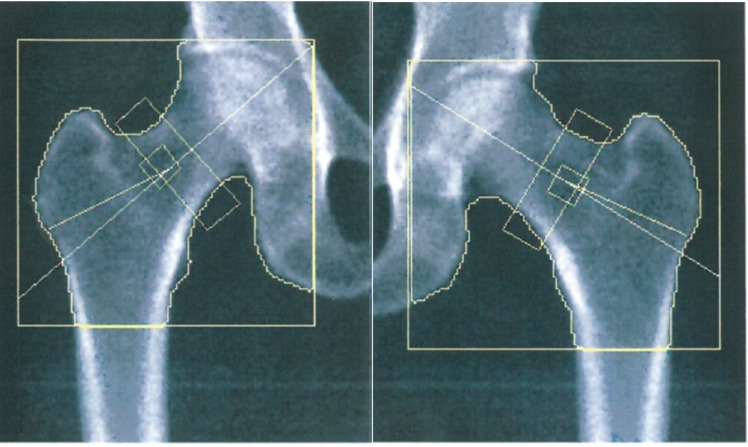 In the absence of a secondary cause for osteoporosis, routine laboratory tests will be normal. If a recent fracture exists, alkaline phosphatase may be elevated. Vitamin D levels should be assessed in patients sustaining low energy fractures. Lab tests can be used to rule out secondary causes of osteoporosis.

Osteoporosis affects more than 200 million people worldwide; there are approximately 10 million fractures per year as a result of osteoporosis. Although most patients with osteoporosis will be female, men and children can also be affected. It is estimated that in persons older than 50 years the prevalence of osteoporosis is 15% in women and 5% in men, though this varies considerably by geography (for example, regions closer to the equator have lower fracture rates, likely on the basis of sunlight and vitamin D levels).

Bone mass decreases with age (see Figure 6). Women experience an accelerated rate of loss at menopause, and thus have a distinctly higher risk at that point in the life cycle. The lifetime risk of an osteoporotic fracture is more than double for women compared to men. Within female population, women of northern European descent have the highest risk of osteoporosis. In men, osteoporosis is most likely to be secondary to other underlying conditions such as low testosterone, alcohol abuse, or use of steroids. 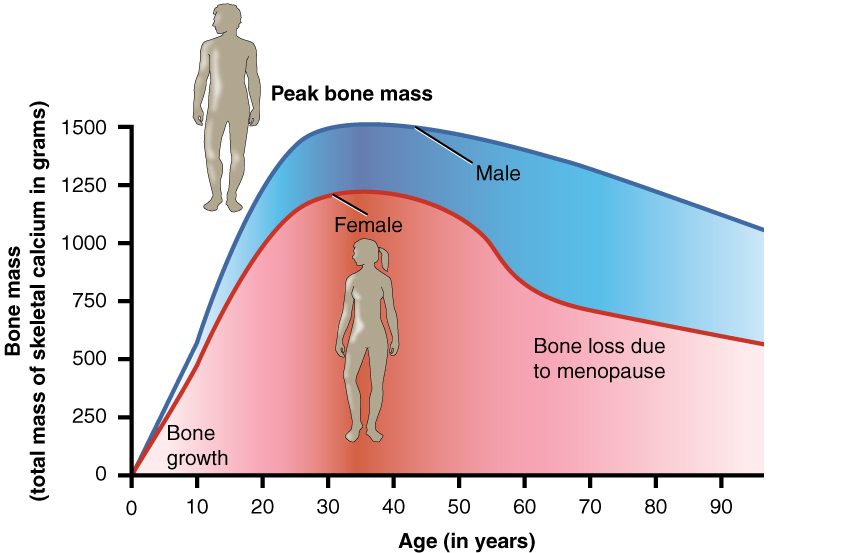 Figure 6: Bone mass as a function of age. (Reproduced from Wikipedia)

A fracture with a low-energy mechanism of injury (e.g., a fracture after a fall from a standing height) is a red flag for osteoporosis. A wrist fracture, especially, should prompt a work-up for osteoporosis, as this normally precedes the hip fracture by a few decades and timely treatment may help avert this latter complication.

Features suggesting the presence of osteoporosis include a previous fracture, excessive alcohol use, and smoking history. Loss of height and weight and changes in posture are also signals of underlying osteoporosis.

The primary goal of osteoporosis treatment is prevention: reducing the risks of complications, especially fractures. Lifestyle modifications are the first step. Appropriate nutrition and exercise and avoiding unhealthy habits are recommended for all patients.

In patients prone to falls, prevention programs such as exercises to improve balance (i.e., tai chi), removing area rugs and loose wires and adequate lighting can be helpful in preventing falls.

Supplementation of vitamin D and calcium is recommended especially for patients with low baseline levels. Between diet and supplements, the daily intake of calcium should be at least 1200 mg/day; vitamin D should be between 800-2000 IU units daily.

The pharmacological treatment of osteoporosis is divided in two categories: antiresorptive (reduces bone resorption) agents and anabolic (increases bone formation) agents. Among antiresorptive agents, bisphosphonates are the most commonly used class. Bisphosphonates work by inhibiting the osteoclast activity. Common side effects are upper gastrointestinal symptoms, myalgia, arthralgia, and hypocalcemia. Osteonecrosis of the jaw and atypical fractures of long bones are rare.

A special characteristic of bisphosphonates is their long-term retention in bony tissue. After 5 years of oral use or three years of IV therapy, non-high-risk patients can be given a “drug holiday” with resumption of the medication after re-evaluation the following year.

If general, if osteoporosis is detected and treated early, prognosis is good. On the other hand, untreated osteoporosis can lead to fracture. Hip fracture, in particular, has a dismal prognosis, with about only 30% of patients returning to their pre-injury state, and of the remainder dying within a year and the other half losing their independence. Vertebral fractures, while not lethal, can be painful and lead to a distressing loss of height.

Non-modifiable risk factors for osteoporosis include female sex, menopause, age, Caucasian race, and family history. Potentially modifiable risk factors include immobility and tobacco and alcohol use. Chronic use of certain medications (e.g., glucocorticoids and thyroid hormone) are known to cause bone mineral loss but may be unavoidable.

Bone strength develops during childhood, but bone density accumulation is not complete until the third decade of life. Peak bone mass acquired during this time will influence future risk of developing osteoporosis. Adequate nutrition with supplementation of calcium and vitamin D if necessary, normal body weight, and weight-bearing exercise is essential. Avoiding excess alcohol and tobacco plays a key role in prevention.

?? should be monitored carefully. Underlying secondary causes of bone density loss should be addressed as well.

Neurological complications from an osteoporosis-related vertebral body compression are very unlikely because the bone essentially collapses on itself: there are no bone fragments to be pushed into the canal and compress the cord or nerve roots.