Morton's neuroma (also known as an intermetatarsal or interdigital neuroma) is a common cause of forefoot pain. It presents as a sharp, burning sensation in the affected web-space, which often radiates proximally or distally between the adjacent toes; most typically, it is found in the 3-4 or 2-3 intermetatarsal space, which can manifest as pain, burning, and/or numbness between the 3rd and 4th or 2nd and 3rd toes respectively. From a pathological standpoint, note that this condition is not a true neuroma per se. In other words, Morton's neuroma is not a "benign growth of nerve tissue," as any formal definition of neuroma would imply, but rather represents inflammation of the nerve and/or thickening (perineural fibrosis) around it. It is generally agreed that wearing ill-fitted shoes with tapered toe box or high-heels can aggravate this condition.

The medial and lateral plantar nerves arise from the tibial nerve as it courses from the ankle into the foot, and these go forward to provide sensorimotor innervation to the sole of the foot (Figure 1). The medial plantar nerve is the larger of the two and typically corresponds to innervation of skin and muscle groups along the proximity of the great toe, second, and third toes, as well as the medial side of the fourth. This corresponds to the distribution of the median nerve in the hand. The lateral plantar nerve supplies these components to the lateral half of the fourth toe and the entire plantar aspect of the fifth toe, just as the ulnar nerve does with the fingers. As these nerves course distally, they split into common digital nerves which later, just proximal to each web space near the metatarsal head, bifurcate into the smaller interdigital nerves that branch medially and laterally to enter the respective toes that correspond to the particular interspace from which the nerve came. Unlike the hand, where anastomoses between the median and ulnar nerves are rare, in the foot, the third interdigital nerve is composed of confluent fibers from both the medial and lateral plantar nerves. In about 50-85% of cases, Morton's neuroma affects this third nerve, perhaps owing to its potentially larger size or its location in the foot between the most mobile bony structures. In the remaining cases, the second common digital nerve in the second web space is affected; there is little evidence to suggest any significant degree of involvement to the nerve in the 1st or 4th web space, for reasons that remain unclear. 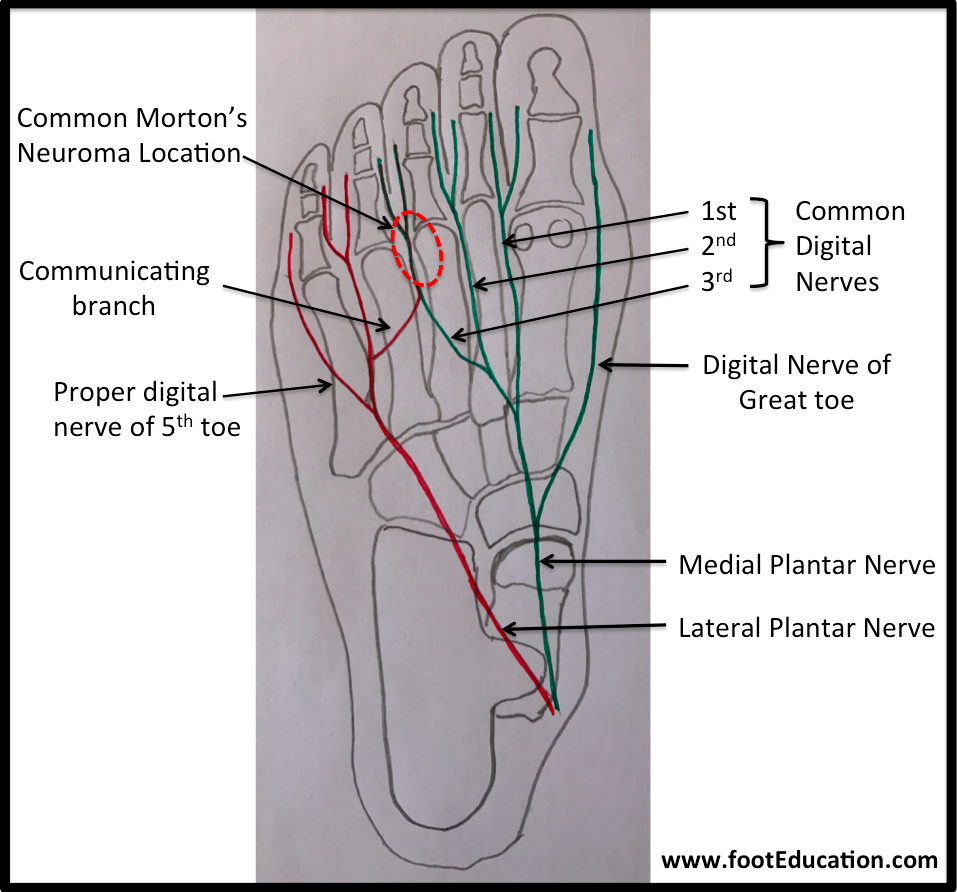 Figure 1: Digital Nerves on the Plantar Aspect of the Foot

Normally, a healthy nerve in one of these interspaces looks like a piece of spaghetti. A true Morton’s neuroma is usually inflamed looking and perhaps adherent to the overlying intermetatarsal ligament. The neuroma itself is often directly under the plantar skin, or protected by only a thin layer of subcutaneous tissue (Figure 2). The tissue is usually a pale yellow soft mass. Histologically, there is evidence of fibroblast and Schwann cell proliferation within extensive perivascular and subintimal fibrosis. Additionally, demyelination, axonal damage, and hyalinized nodules (Renaut bodies) are present under the perineurium. 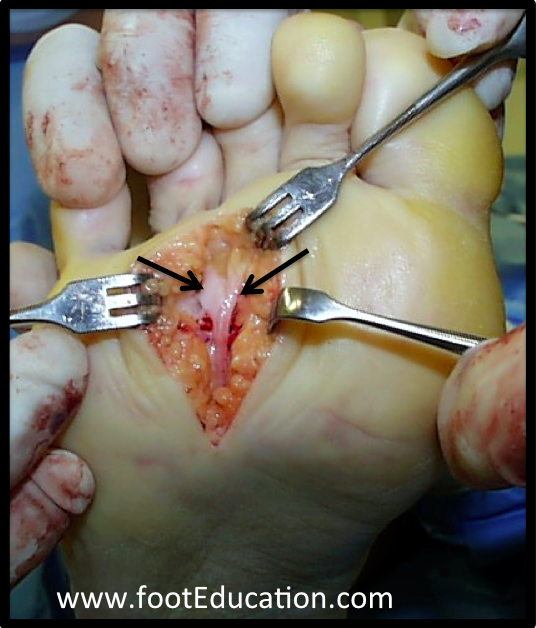 Figure 2. Location of Nerve Directly Under the Skin (between base of 3rd and 4th toes)

The exact etiology of Morton's neuroma is unknown. The eponymous Morton himself suggested that capsulitis of the metatarsophalangeal joint was the source of pain. While the exact etiology of the condition remains unclear, it is believed to be related to localized repetitive overload and irritation of the nerve within the forefoot. Vascular, anatomical, traumatic, systemic, biomechanical, and other proposed pathoetiologies, however, also exist. Betts speculated that the contraction of the flexor digitorum brevis caused the nerve to shear against the intermetatarsal ligament, which in turn caused inflammation. Another theory is that bursal enlargement produces an ischemic effect. Last, some authors have advocated that normal biomechanics alone may be responsible: shearing forces are produced when the relatively mobile 4th metatarsal moves against the relatively fixed 3rd metatarsal, and the nerve may be compressed against the intermetatarsal ligament during the heel-rise phase of gait.

A patient with a Morton's neuroma often complains of a burning, sharp pain located between the third and fourth toes and worsened with tight fitting shoewear or repetitive loads. The pain is often plantar at the metatarsal heads and radiates distally on either side of the toe; it can also radiate from the forefoot up the leg proximally. In some patients, the pain is alleviated by walking barefoot or taking off shoewear and massaging the foot. Patients may also complain of the sensation of a stone or pebble under the toes or forefoot when walking, and occasionally they will describe an associated intermittent or constant numbness along the involved interspace.

On direct examination, the patient's foot often appears unremarkable, without signs of bursitis, swelling, or other abnormality. On palpation, the usual location of pain is at the interspace between the metatarsal heads. Interdigital skin sensation can be decreased.

A useful test for Morton's neuroma is the "lateral squeeze” or compression test: when the forefoot is compressed by the examiner’s hands a painful or palpable "Mulder's click" might be produced by the uncomfortable subluxation of the neuroma between the metatarsal heads.

There is no one sine qua non test for Morton's neuroma. It is usually a clinical diagnosis, made via consistent findings elucidated thorough history and physical examination. Imaging, however, is necessary to rule out its differential diagnoses. Occasionally, an x-ray may show lateral toe deviation through MTP joint instability or capsulitis, arthritis change in the adjacent joint, or even a stress fracture of a metatarsal. MRI and ultrasound may corroborate Morton's neuroma, but they do not have a terribly high sensitivity or specificity. Injection of local anesthetics may also confirm the diagnosis of a Morton's neuroma by producing rapid (though temporary) amelioration of symptoms.

The incidence of Morton's neuroma is not known. What is known is the incidence is about 5 times higher in women than in men. The left and right feet are equally affected. The typical patient is about 45 years old.

Most chronic pain in the forefoot is NOT the result of a Morton’s neuroma. Other more common sources of metatarsalgia (the medical term for forefoot pain) are peripheral neuropathy (from diabetes most likely); stress fractures of the metatarsals; synovitis of the MTP joints, or other inflammation; and trauma. Also, to be considered are Freiberg's infraction (avascular necrosis of the metatarsal head), tarsal tunnel syndrome, infection, and tumors. A thorough physical examination is essential in differentiating among these possible diagnoses.

Foot pain in patients with diabetes can be the harbinger of complications. A history of diabetes, thus, should motivate an especially detailed examination.

Non-operative treatment is the best initial approach. The patient should be instructed to wear shoes with a large toes box and low heels; a metatarsal pad or a custom orthotic can be used to relieve pressure as well. The use of anti-inflammatory medications can be justified empirically, for pain relief. Physical therapy modalities such as ultrasound or electrical stimulation might help but studies demonstrating their effectiveness are lacking. An intermetatarsal injection that perfuses the neurovascular bundle can, with the addition of local anesthetic, help confirm the diagnosis, and a corticosteroid in the cocktail may help produce enduring relief.

If a patient fails to improve with non-operative measures over the passage of time, and if all other potential sources of the pain have been eliminated as diagnostic possibilities, surgery may be indicated. Several treatments are currently employed, including formal resection of the nerve proximal to the area of fibrosis. Another option is simple surgical release of the intermetatarsal ligament and removal of scar tissue. While resection is thought to be more definitive, transecting the nerve results in permanent toe numbness and can result in a troublesome recurrent (‘True”) neuroma should the remaining stump grow back and become symptomatic. Thus, there remains disagreement as to which operation is best.

Beyond what are considered the standard risks of any orthopaedic procedures, such as infection, wound healing complications, or blood clots, there are a few certain complications that are specific to this procedure and should be noted. These include persistent or worsened pain in the event this is not the cause of the patient’s problem or in the case that the nerve stump grows back and becomes bothersome. Complex regional pain syndrome (formerly known as reflex sympathetic dystrophy) can also appear in rare instances. These particular complications are relatively rare, but can be difficult to solve if they occur.

There are no clear risk factors since the exact etiology of is unknown. Tight ill-fitting shoes and shoes with high heels likely contribute to the development of Morton’s neuroma, and their use should be avoided if possible.

Stigler's Law of Eponymy states that no scientific discovery has ever been named after its original discoverer. Indeed, Stigler's Law was itself described without credit by Robert K. Merton! This law applies here, as this condition is not named for its original discoverer. Although Morton has his name attached to this disorder (by being first to write about the symptoms), it was Betts who first correctly described the pathology. Complicating this eponym, the Dr. Morton whose name bears this pathology was Thomas Morton rather than Dudley Morton, the latter who authored the landmark text, "The Human Foot: It's Evolution, Physiology, and Functional Disorders."