The metatarsals are dorsally convex tubular bones of the forefoot consisting of a head, neck, shaft, and base. They are numbered from 1 to 5, medial to lateral or largest to smallest (Figure 1). The base of each metatarsal articulates with one or more of the tarsal bones and the head articulates with the proximal phalanges. The bases of each metatarsal also articulate with each other at the intermetatarsal joints. As a unit, the five metatarsals serve as the major weight-bearing complex of the forefoot. The medial three rays act as a rigid lever to aid in propulsion while the lateral two rays provide some mobility in the sagittal plane to permit accommodation to uneven ground. 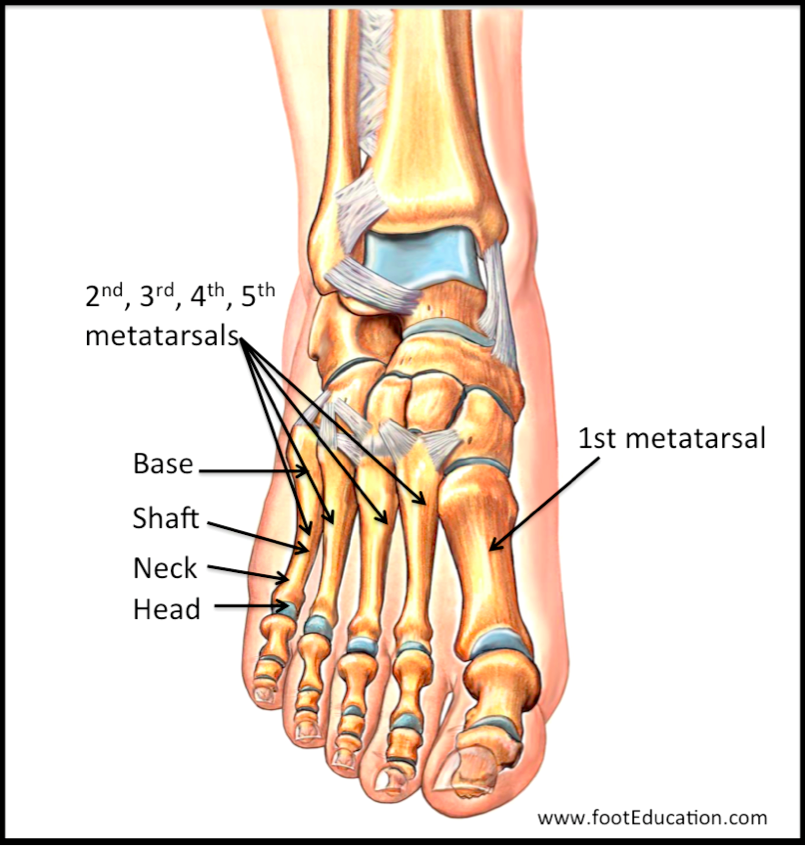 The first metatarsal is larger than the others and most important for weight-bearing and balance; therefore, malunion or malalignment at this location is especially poorly tolerated. There are no interconnecting ligaments between the 1st and 2nd metatarsals, allowing for independent motion.

The second, third and fourth metatarsals are slender and may be sites of stress fracture or acute fractures from twisting mechanisms or a direct blow.

The fifth metatarsal is divided into 3 zones (as shown), numbered 1 to 3 from proximal to distal (Figure 2). Zone 1 is the base of the metatarsal where the peroneus brevis inserts. Avulsion fractures from the pull of this tendon and attached ligaments are characteristic of zone 1. Zone 2 is at the metaphyseal-diaphyseal junction, distal to the cancellous (styloid) tuberosity. Fractures involving Zone 2, called Jones fractures, are particularly susceptible to nonunion and malunion because this region of the bone has a tenuous blood supply. Many of these Jones-type fractures are stress-type fractures caused directly or indirectly by repetitive loading to this area. Zone 3 is the diaphysis and fractures are most commonly trauma or rotational injuries leading to spiral fractures. 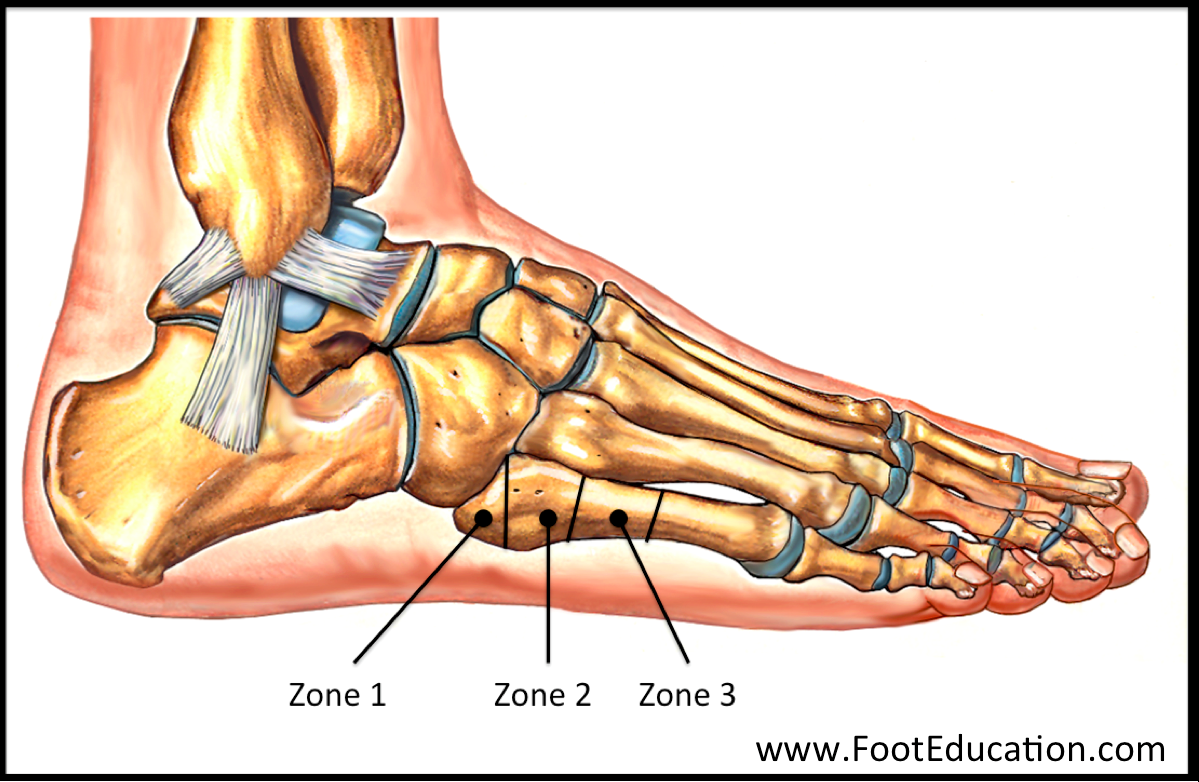 Figure 2. The Zones of 5th Metatarsal. This seemingly arbitrary division is clinically important: fractures in each zone have distinct prognoses and treatment needs.

A history of direct impact suggests a transverse or comminuted fracture of the shaft, while a twisting-type injury typically causes an oblique or spiral fracture pattern.

A physical exam should be performed with specific attention paid to the main areas of pain, which usually correlates to the site of injury. The relative position of the metatarsal heads should be assessed to rule out malposition and other deformities. Gently applying an axial load to the metatarsal head will create pain if that metatarsal is fractured and this may help differentiate a fracture from a soft-tissue injury on clinical exam. A neurovascular examination should be performed to assess for any loss or altered sensation and review the vascularity of the foot and the toes.

Radiographs in the anteroposterior (AP), oblique, and lateral planes should be obtained (Figure 3). The films should include the entire foot to rule out associated injuries that may require treatment.

The lateral view is important for judging sagittal plane displacement of the metatarsal heads, and the oblique view can help detect minimally displaced fractures. 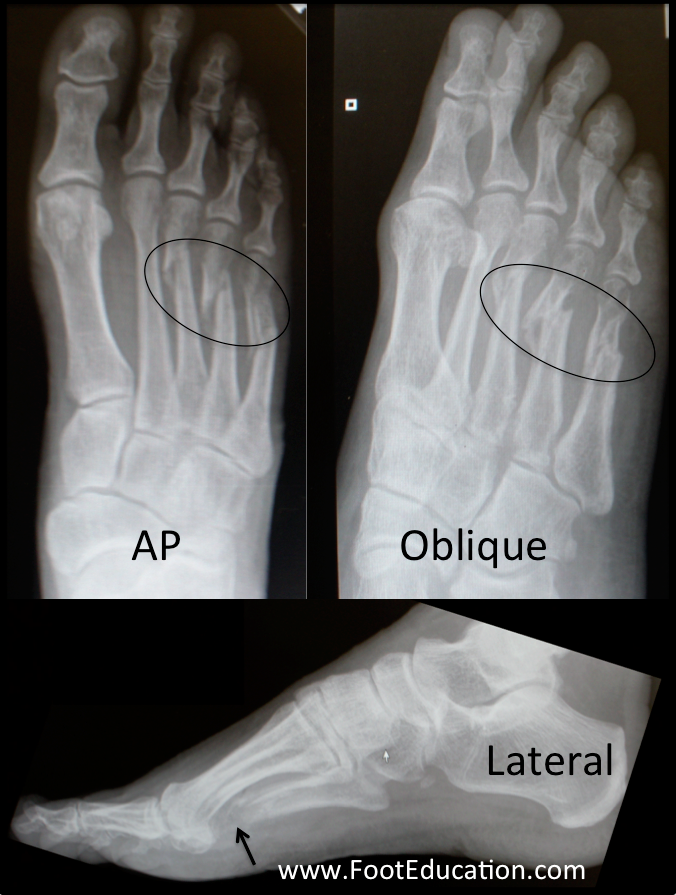 Figure 3: Metatarsal Fractures seen on X-Rays (AP, Oblique, and Lateral) of the Foot

Avulsion fractures occur at the base of the fifth metatarsal, in Zone 1 where the peroneus brevis and plantar fascia insert (Figure 4). These fractures occur during forced inversion of the foot and ankle while plantar flexed. This injury, commonly termed a “Dancer’s fracture” (or a pseudo-Jones fracture, a name that should be avoided), can happen after landing awkwardly from a jump or twisting the ankle while running. The ankle passively inverts at the same time the peroneus brevis tendon exerts an eversion force on the metatarsal which is rigidly held by the plantar fascia. A fragment of bone accordingly avulses. There is some confusion and debate about the use of the term Dancer’s Fracture as it has also been used to describe a spiral fracture of the 5th metatarsal shaft. The original description was apparently coined by legendary orthopaedic surgeon Sir Robert Jones who suffered an avulsion type fracture following an inversion type injury while dancing in 1902. Subsequently a report of spiral 5th metatarsal fractures in dancers was published leading some to describe these injuries as Dancer’s fractures. 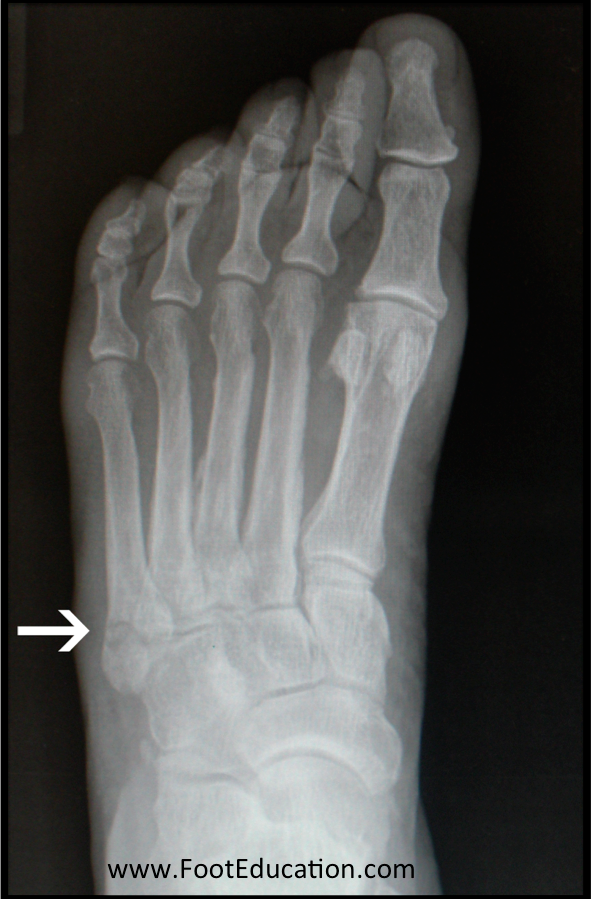 True Jones fractures occur in Zone 2 of the fifth metatarsal (Figure 5). The fracture line extends through the proximal articulation with the fourth metatarsal. This fracture is a result of tensile stress along the lateral border of the metatarsal during adduction or inversion of the forefoot. This type of loading pattern is commonly seen in patients with high arched (subtle cavus) feet. Most Jones fractures are stress fractures related to repetitive loading although there is usually a single precipitating event. An athlete can sustain this injury with a sudden change in direction while the heel is off the ground. 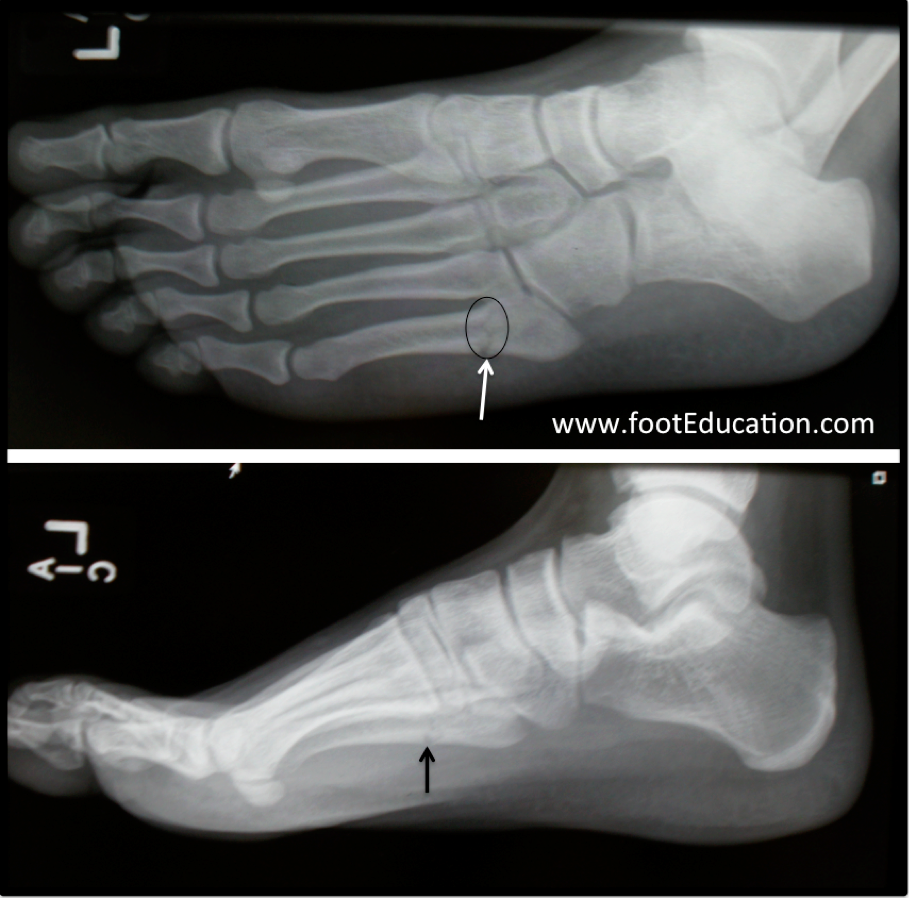 Figure 5: Jones Fracture of the Metadiaphyseal area of the 5th Metatarsal

Metatarsal base fractures and Lisfranc injuries

The most common metatarsal shaft fracture pattern is oblique or transverse with minimal displacement. Additional imaging is rarely necessary. However, if there is high suspicion for a Lisfranc fracture, even if the radiographs appear normal, CT scan or MRI can be helpful in identifying these injuries.

Metatarsal stress fractures are rarely visible on plain radiographs until symptoms have been present for 2-6 weeks and a resulting callus appears (Figure 6). Before that, an MRI or technetium bone scan may be necessary to make the diagnosis. Stress fractures involving the second or third metatarsal often occur in the shaft or metatarsal neck region. They commonly occur in individuals who have had a sudden increase in their activity level such as a new military recruit who goes on a long hike. These fractures are also known as “March fractures.” Ballet dancers who are up on their toes can get stress fractures at the base of the second metatarsal.

Individuals with abnormal sensation in their feet, such as patients with diabetic neuropathy, can get stress related fractures in their metatarsals. The fifth metatarsal metadiaphyseal area is a common location for a stress fracture (Jones fracture) particularly if the patient has a high arched foot, or an underlying varus alignment of the lower extremity. 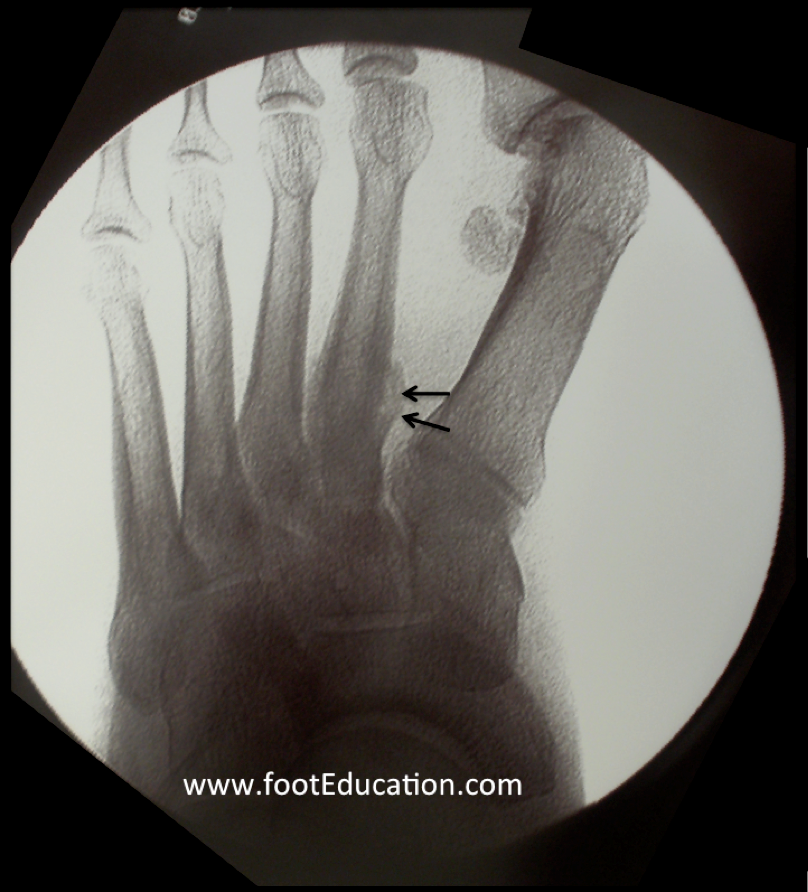 A metatarsal fracture must be suspected in all patients with direct trauma to the forefoot and pain with ambulation. Maintain a high index of suspicion for an associated Lisfranc injury at the tarsometatarsal joint, especially with the involvement of the proximal first through fourth metatarsals and if the patient has plantar ecchymosis on exam. The metatarsophalangeal joints and phalanges should also be assessed for injury.

Pain that persists or even worsens after immobilization may be a sign of a (rare) compartment syndrome of the foot. Late signs include pallor, paresthesias, and tense swelling – but don't wait for them to appear.

Plantar bruising is often indicative of a serious injury such as a Lisfranc injury.

Redness and swelling of the forefoot may indicate a Charcot neuropathic fracture in a patient with loss of sensation.

The goal of treatment is to restore alignment of the 5 metatarsals to preserve the arches of the foot and allow normal weight distribution over the metatarsal heads.

Management varies widely depending on the location of the injury. Most isolated central (2nd - 4th) metatarsal fractures, as well as non-displaced fractures of the 1st metatarsal, can be treated with a walking boot and progressive weight bearing as tolerated. Displacement of a first metatarsal fracture usually represents an unstable pattern that requires surgical fixation.

Jones fractures, those in Zone 2, require at the minimum a non-weight-bearing cast or boot for an extended period (ex. 6 weeks) with a protective stiff soled boot or shoe during a graduated return to weight-bearing for 6 or more weeks thereafter. Immediate surgical fixation of Jones fractures may be offered to speed the rate of healing and lower the incidence of nonunion.

Most metatarsal fractures will go on to heal uneventfully with appropriate treatment, but complications do occur. Malunion, nonunion, or arthritic degeneration of the TMT and MTP joints can lead to metatarsalgia and significant disability, especially in the 1st metatarsal. In addition, malunion can cause plantar keratoses (painful callus) from significant plantar deviation of the metatarsal heads and dorsal keratoses from uncorrected dorsal angulation. Like with all fractures, insuring adequate levels of Vitamin D prevents delays and non-unions of fracture healing.

Non-surgical treatment is advocated in patients with vascular comprise and neuropathy, as risk of infection and nonunion is elevated. Patients with diabetes are still candidates for fixation providing they have good vascular supply and protective sensation to extremities.

Not much can be done to prevent an injury to the metatarsal if a large force is applied to the foot in a traumatic incident. However, wearing appropriate protective footwear can be markedly beneficial.

An avulsion fracture is fleck of bone pulled off by a ligament or tendon; it is similar to the sliver of paint that may be pulled off a wall when a piece of tape adherent to the wall is removed with sudden force.

The 5th metatarsal growth plate is unusual in that it is at the base of the bone and oriented longitudinally. In children, a fracture needs to be differentiated from a symptomatic secondary ossification center.

Be able to pinpoint fracture site by palpation along each metatarsal. Differentiate soft tissue injury from fracture by gently applying an axial loading to the metatarsal head. Correctly interpret radiographic findings and classify the different types of fractures. Be able to apply a cast or splint the foot.