Disorders of the nail

The fingernail serves multiple functions. In addition to protecting the fingertip, it provides tactile sensation, aids in thermoregulation, and assists in picking up small objects; it also has dense lymphatics in the hyponychium that help resist infection. The fingernail is the most frequently injured portion of the finger secondary to its prominent location. The nail is also susceptible to infection and may be the site of tumors, both benign and malignant. Last, the nail may display signs of underlying systemic disease.

The nail is a plate of keratin that covers the dorsal aspect of the distal phalanges of the fingers and toes (Figure 1).

The nail plate (which, in layman’s terms, is the “nail” itself) is a hard sheet of translucent keratin in which lie several layers of dead, compacted cells.

The nail bed is the tissue that lies beneath the nail plate. The nail bed contains nerves, lymphatics and capillaries. (The function of these blood vessels can be assessed by compressing the nail to momentarily occlude them, and then releasing the pressure. So-called “capillary refill” indicates good flow.)

Within the nail bed is the germinal matrix, the source of cells that become the nail plate. As these cells are produced, older cells are pushed forward and compressed, giving rise to the typical growing pattern of the nail.

The eponychium is a small band of epithelium that covers the proximal aspect of the nail; the paronychium is a similar border tissue around the medial and lateral borders.

The cuticle is a layer of epidermis that folds back over the surface of the nail plate at its base. 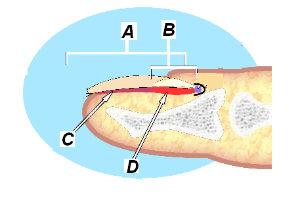 Figure 1: Nail anatomy. A is the nail plate; B is the lunula; C is the nail bed; and D is the germinal matrix. (modified from Wikipedia. http://bit.ly/1nZphdS)

Trauma to the nails is common, with the middle finger being most commonly affected due to its length and greater exposure compared to adjacent shorter digits. There are often associated fractures of the distal phalanx.

Trauma may result in a painful subungual hematoma (Figure 2), a collection of blood compressed between the nail plate and the nail bed on the distal phalanx. 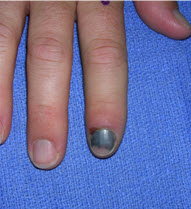 Figure 2: Subungual hematoma. Treatment involves placing a hole in the nail plate to relieve the pressure.

If the subungual hematoma involves more than 50% of the nail, the nail plate is generally removed and the nail bed repaired with fine absorbable sutures (Figure 3). 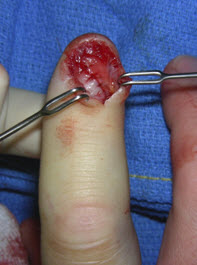 Nailbed lacerations are often the result of crush injuries, producing a stellate laceration pattern. These injures require repair. Without adequate repair (and sometimes despite best efforts) the nailbed will not heal smoothly.

Because nailbed lacerations are typically crush injuries, x-rays should always be obtained to exclude a fracture.

In children, it may be possible to repair the nailbed with a cyanoacrylate adhesive (e.g., "Dermabond"). The cosmetic outcome with this approach is comparable to that of suture repair. This option is advantageous in the pediatric population specifically because it avoids keeping the child motionless and is relatively pain-free.

A hook nail deformity is a condition that can appear after a traumatic amputation of the distal aspect of the fingertip (that is, soft tissues and the tuft of the distal phalanx). When the nail bed loses its distal support, the nail can grow downward around the tip of the finger. 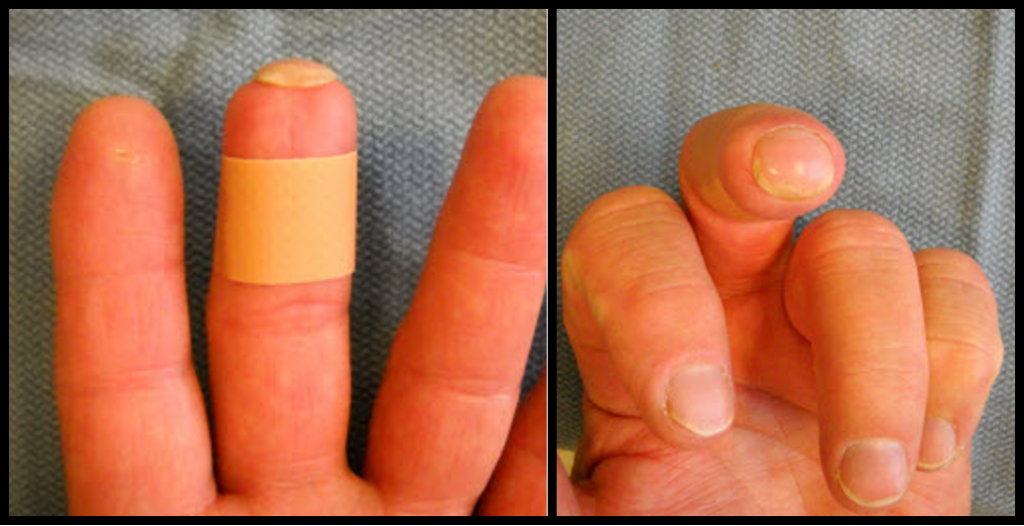 Figure 4: Hook nail. The nail is shown growing around the tip of the finger.

The nail is a site for both acute and chronic infections. Acute infections often result from a minor event, such as a superficial laceration or pulling a hangnail, with bacteria -- typically Staphylococcus and Streptococcus -- being the most common etiology. Chronic infections are typically fungal and may result from multiple acute infections treated with antibiotics or chronic moisture, with Candida being the most common etiology. Less commonly, atypical organisms, such as Mycobacterium, are the source of infection.

Paronychia (a collection of pus between the nail plate and the nail fold) and felons (a purulent collection forms on the palmar surface of the distal phalanx) are discussed in detail in the chapter on hand infections.

Herpetic whitlow is a viral lesion caused by the Herpes simplex virus and involves the paronychium (Figure 5). Prior to use of gloves by dental and medical professionals, this was seen in workers around oral secretions. It is currently more commonly seen in children who suck their thumb or fingers or in adults following contact with infected genitals. Initially, this has the appearance of an acute bacterial infection, but clear vesicles will eventually develop, helping differentiate this from an acute infection. The process is self-limiting, and incision and drainage should be avoided as a subsequent bacterial infection may occur, prolonging the time for resolution and often requiring additional treatment. 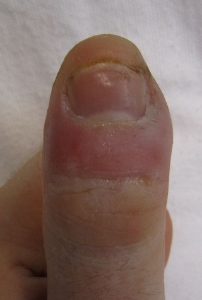 Onychomycosis (i.e., fungal infection of the nail- Figure 6) occurs more in toenails than in fingernails, but can be found in the latter. Diabetes, vascular problems or immunocompromised states are risk factors. Nail fungus can cause three problems (in order of frequency): cosmetic deformity, pain and systemic spread. Onychomycosis is difficult to treat; recurrences are common. Oral medications such as terbinafine do not uniformly clear the infection, and significant side effects (e.g. liver damage) may result. Antifungal lacquers can help clear up some nail fungal infections but require diligent application, frequent debridement and use for up to one year. (That is to say, the efficacy of antifungal lacquers may be limited by issues of compliance.) Ablation of the nail may also be chosen. 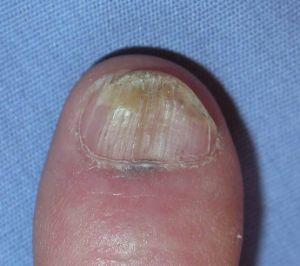 Tumors of the nail bed are relatively rare, but the physician must keep them in mind when a patient presents with pain or a change in the appearance of the nail. The most common benign tumors associated with the nail complex are mucous cysts (ganglion cysts), pyogenic granuloma, verucca, glomus tumors, and benign melonychia.

Ganglion cysts, more commonly referred to as mucous cysts in this location, are the most common tumor affecting the nail bed (Figure 7). These cysts result from an arthritic spur (osteophyte) of the distal interphalangeal joint (DIP) of the fingers (or interphalangeal (IP) joint of the thumbs). Depending on the location of the cyst, the nail nearby may be deformed. The cyst may involve the eponychial fold. Treatment should be directed at removal of the stalk of the cyst and the underlying spurs of the joint. Nail deformities often improve following removal of the cyst. Because the cyst originates in the joint (and communicates with it) rupture of the cyst through the skin may introduce bacteria into the joint space. 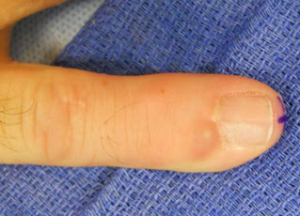 Figure 7: Ganglion (mucous) cyst at the base of the nail

Pyogenic granuloma is a raised lesion that is a proliferation of granulation tissue; it is frequently traumatized and bleeds (Figure 8). These lesions often develop when a wound has failed to heal and persistent bleeding prompts presentation to the physician. Like the Holy Roman Empire (which was said to be not Holy, Roman or imperial) pyogenic granuloma may be completely misnamed: "pyogenic" suggests infection, incorrectly; and there is no granuloma here either. Accordingly, the term Eruptive Hemangioma has been suggested. Most pyogenic granulomata resolve spontaneously. Those that do not can be removed with surgical excision or thermal ablation (e.g. electrocautery or freezing). 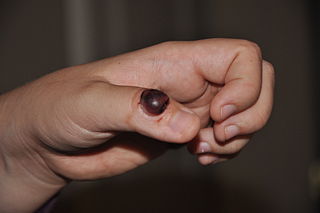 Verruca vulgaris, or the common wart, may present around the perionychium. Multiple treatment methods are available, without any proving to be superior. When the eponychial fold is involved, permanent scarring may result.

Glomus tumor is a neoplasm of the smooth muscle cells of the glomus body, which regulate blood flow and temperature in the finger (Figure 9). Half of these tumors occur in the subungual area (and give rise to nail deformities). As might be expected with any mass, glomus tumors can present with severe pain and point tenderness; the more specific finding is focal cold sensitivity. MRI with gadolinium is helpful for diagnosis; treatment involves excision of the mass. 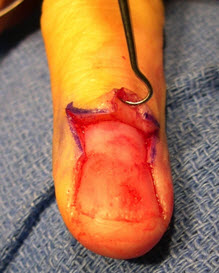 Squamous cell carcinoma and melanoma are the most common malignancies of the nail complex. Radiographs of the finger should be obtained to evaluate for osseous changes of the distal phalanx.

Squamous cell carcinoma is responsible for approximately 20% of all cutaneous malignancies but is less common than melanoma in the subungual region. It may present with early skin changes or more advanced lesions (Figure 10). Treatment typically involves amputation at the DIP joint of the finger (IP joint of the thumb). 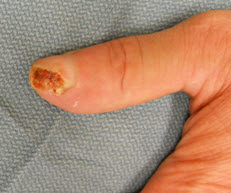 Malignant melanoma (Figure 11) accounts for 4% of cutaneous malignancies but is responsible for 80% of the deaths from cutaneous malignancies. Approximately 2% occur in the hand, and half of these are subungual. They may present as a pigmented lesion (Figure 1: Nail anatomy) in the nail bed or in the surrounding eponychium Figure 2: Subungual Hematoma). A full-thickness biopsy is necessary. Prognosis depends on the depth of invasion and the status of sentinel lymph nodes. Lesions greater than 1 mm in thickness or involving the entire depth of the nail bed should have sentinel lymph node biopsy to evaluate for metastatic disease. Surgical treatment of the finger typically involves amputation proximal to the adjacent joint. Although Moh’s micrographic surgery has been performed in some cases, reconstruction is challenging and often results in a worse functional outcome than amputation. 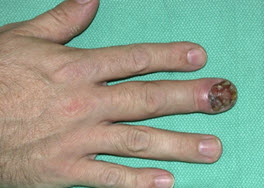 Figure 11: Malignant melanoma of the finger

Metastatic disease can present in the fingertip, with lung cancers being the most common primary source. In approximately 30% of cases, fingertip metastases are the first presentation of the underlying primary tumor, and may be mistaken at first for an infection.

Clubbing is an increased curvature of the nail and nail fold in a proximal to distal direction, often with the appearance of a bulbous fingertip. The nail plate often has a shiny appearance. This is frequently a manifestation of systemic disease, with cardiac, pulmonary, and gastrointestinal conditions being the most common, although it can occur without underlying etiology. The mechanism by which this occurs has not been clearly elucidated. 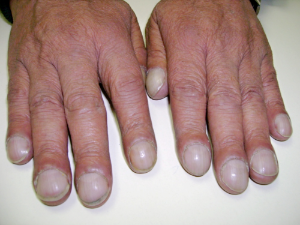 Figure 12: Clubbing of the fingers (From Wikipedia. http://bit.ly/1m8sQNu)

Patients of most vocations and avocations can perform functionally well following injury or amputation of a fingertip. In fact, an article entitled Less than ten - surgeons with amputated fingers in the Journal of Hand Surgery describes multiple physicians and surgeons who continue to practice following amputations of a digit.

Fingernails do NOT grow after death; rather, the surrounding skin retracts, giving that illusion

Illicit drugs can be identified in nail clippings up to 8 months after use (and unlike hair test, which can be subverted by head-shaving, nail testing is much less likely to be undermined by completely removing the nail).

The first syllable in the word “hangnail” does not refer to the nail “hanging” from the finger; rather, it’s root is ang, meaning pain (similar to the word “anguish”)