Define the parameters that allow you to describe a long bone fracture pattern over the phone.

(if you were to be tested on this, you will be shown a fracture and asked to describe it)

Accurate clinical description of a fracture is vital for medical communication as well as clinical decision-making regarding management of the injury.

There are four main components to fracture description: (1) location (region) within the bone, (2) fracture pattern, (3) displacement and (4) soft tissue envelope, each of which are expanded upon below. It is important to note that this terminology largely applies to long-bones and their corresponding anatomy. Fracture may occur in all bones and should be described using the appropriate terminology.

Location in the bone

Figure 1: Location of Fracture in the bone 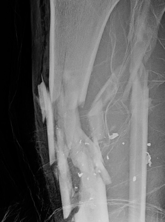 Figure 8: Avulsion Fracture (modified from Radiopaedia.org, rID: 33628). Here there is an avulsion fracture of the 5th metatarsal, shown in red. The bone has been pulled apart by the force of the peroneus brevis, shown in blue. 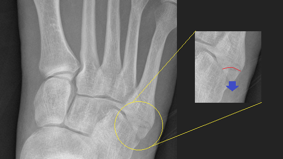 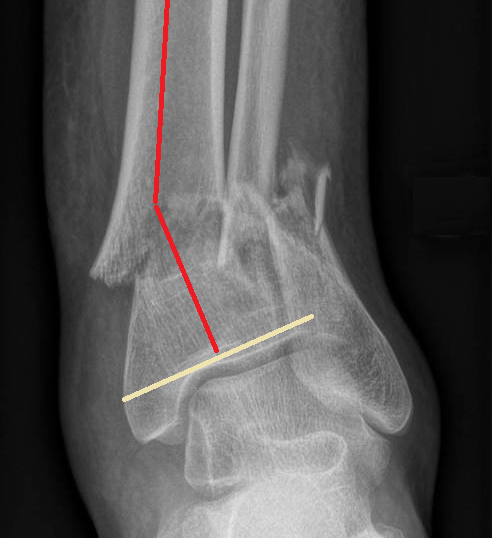 The complementary term is varus, where the direction of distal fragment is medial. Note that the spiral fracture in figure 4 is in slight varus. That might be more apparent when more of the limb is shown, as seen in figure 11. 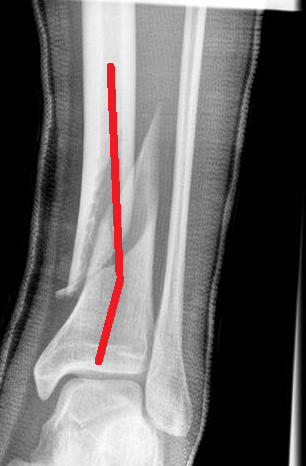 NOTE: The precursor of all nomenclature is the name of the bone -- it is imperative to learn them all. Some are easy (femur), some are obscure (medial cuneiform), some have two names (the trapezium is also known as the greater multangular), some appear twice (e.g., the navicular, also known as the scaphoid is found in the wrist and foot - though many use the word navicular to denote the bone in the foot, and scaphoid in the wrist). The names of the bones must be mastered. Describing a “fibia” fracture will make you sound at best ill-informed.