What are the complications of Paget’s disease of bone?

Paget's disease is a condition of dysregulated and abnormally excessive bone remodeling, characterized by increased bone destruction and bone formation. The resulting new bone is dense, yet structurally fragile. The spine, skull, pelvis and femur (see Figure 1) are the most common locations.

Many patients with Paget’s disease have no symptoms and are made aware that they have the disease when x-rays, taken for some other reason, reveal it.

Paget’s disease encompasses three phases: lytic, mixed, and sclerotic. During the lytic phase, osteoclastic resorption predominates, while during the sclerotic phase, osteoblastic bone formation predominates. In the mixed phase, there is both bone resorption and formation occurring. All three phases of Paget’s disease may occur simultaneously in different parts of the same bone.

Bone overgrowth may cause pain, arthritis, and deformities (the latter giving rise to the name osteitis deformans).

Bone overgrowth may cause compression on nearby nerves leading to a loss of sensation or motor function. Compression of the 8th cranial nerve can cause sensorineural hearing loss; indeed, in one review a majority of people with Paget’s disease had some degree of hearing loss (https://www.ncbi.nlm.nih.gov/pmc/articles/PMC2515478/).

The bone is also susceptible to fracture.

Very rarely, a region of bone affected by Paget's disease can undergo malignant transformation and become a sarcoma.

Because osteoclasts are overactive in Paget’s disease, there may be elevated calcium levels in the blood (hypercalcemia). Hypercalcemia symptoms have been summarized by the phrase "stones, bones, groans, and moans,” respectively referring to nephrolithiasis (kidney stones), bone symptoms (as mentioned above), gastrointestinal symptoms of constipation and nausea (among others), and psychiatric symptoms.

Paget’s disease is also associated with increased cardiac output and left ventricular hypertrophy if the degree of Paget disease is extensive. Increased vascularity of affected tissue is thought to be the cause. High-output congestive heart failure may therefore occur. 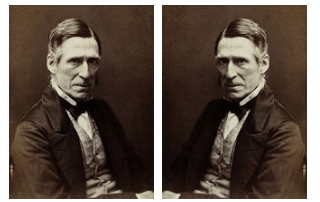