Both compression of the 6th cervical nerve root (C6 radiculopathy) and compression of the median nerve at the wrist (carpal tunnel syndrome) can cause painful dysesthesias in the thumb. How can these two conditions be differentiated?

Both a C6 radiculopathy and carpal tunnel syndrome are compression neuropathies – physical pressure on a nerve interfering with its function -- and can present with very similar symptoms. For example, the thumb is innervated by branches of the median nerve, which itself has fibers from the C6 nerve root. Thus, compression of either the C6 root or the median nerve itself may be the cause of thumb symptoms.

Cervical radiculopathy (in layman’s terms, a pinched nerve) is a clinical condition in which dysesthesias and motor deficits are caused by compression of a cervical nerve root in its foramen, most likely from degenerative changes or disc disease (Figure 1). 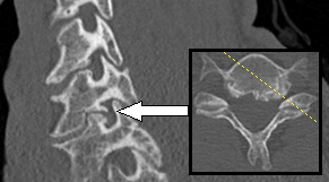 (This rule will for us to account for the existence of a “C8” nerve, which exits between C7 and T1, though there is no C8 vertebral body.)

A C6 radiculopathy thus is usually caused by compression of the foramen between the C5 and C6 vertebral bodies.

The levels of cervical root compression and their characteristic patterns of dysesthesias and muscle weakness is shown in Table 1 and Figure 2. 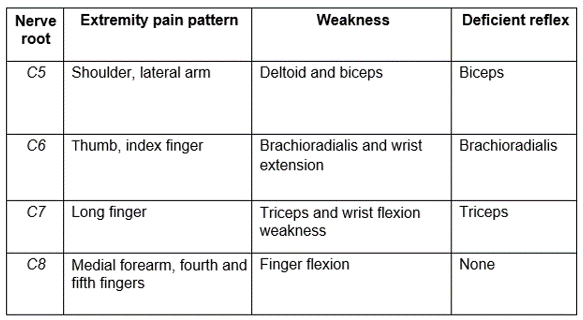 Figure 2: Dermatomes of the hand and their corresponding spinal nerve roots.

Carpal tunnel syndrome and its relation to radiculopathies